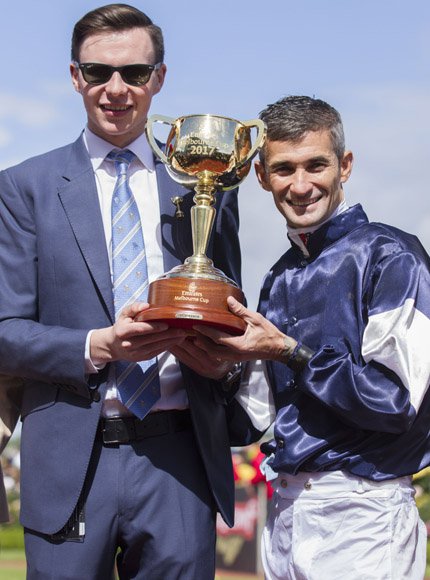 Just like the previous three days of this year's Melbourne Cup carnival, crowd numbers were down on recent years on Stakes day at Flemington.

After an all-Australian win in the Melbourne Cup, trainer Danny O'Brien is already dreaming about the prospect of back-to-back victories for Vow And Declare.

A poor start has not helped the cause of the Aidan O'Brien-trained Il Paradiso with the stable vowing to be back again chasing an elusive Melbourne Cup win.

Cup win a major source of pride for family

Victoria's racing minister says a range of factors contributed to a decline in attendance at the Melbourne Cup.

How Cup favourites have fared this century

The Melbourne Cup favourite has failed to live up to the billing for a sixth straight year, with Finche running seventh.

Trainer Danny O'Brien says Melbourne Cup winner Vow And Declare has come through his victory at Flemington well and is a happy horse the morning after.

Punters outlaid more than $100 million on the 2019 Melbourne Cup as Craig Williams piloted Australian-trained Vow And Declare to victory.

Cross Counter has finished eighth in his Melbourne Cup defence but jockey William Buick insists he ran a big race after a slow start.

Connections of beaten favourite Finche are already planning a return to Flemington for another Melbourne Cup bid. 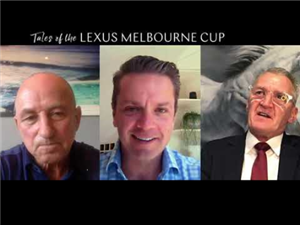 The Victoria Racing Club runs the most important sporting and cultural festival in this country every year. Central to that carnival is the Melbourne Cup on the First Tuesday in November. Put simply it is the most watched 200 odd seconds in television each year in Australia.

Over two miles (or now 3200m) the Cup takes a long, slow preparation, countless unfriendly hours and such hard work to deliver the greatest sporting prize we have. Its value is now that highly regarded, the greatest trainers around the world target the race with the Irish mastermind Dermot Weld plotting two successful raids with Vintage Crop and Media Puzzle and then the French went back to back.

It was first run in 1861 when Archer strode from Nowra by foot to Flemington and took the glory. He would double up 12 months later providing Etienne de Mestre with wins that would ultimately total five - a record he would hold until 1977. That win was worth 710 pounds. Compare that to the race now which is one of the richest in the world and has total stakes of $6.2m and prize money paid down to 10th position.

2010 was the 150th running in history, but it should be noted that the race has revolved around three central characters - Phar Lap, Bart Cummings and Makybe Diva.

The Phar Lap story in 1930 was that good it became a classic Australian movie depicting the feats of a legend of the turf through the troubled Great Depression.

The second pillar of the Melbourne Cup has been'Bart'.No matter how many men and women have and will try over history, I guarantee no one will better James Bartholomew Cummings'12 Melbourne Cups. Who's to say he won't make it a baker's dozen.

Finally to Makybe Diva and her three wins. When Lee Freedman said"Go and find the youngest child on this course today because they will be the only possible person who might witness a horse winning three Melbourne Cups" he wasn't wrong.

Will we see another hero emerge in a tight finish like 2011 when barely a whisker separated Dunaden and Red Cadeaux?

Who will get to handle the famous Loving Cup - the three handled trophy so precious in this land?

In toto, while the Melbourne Cup's list of winners isn't as great by comparison to the Cox Plate, simple history tells you it has become the race most want to win.

Bobbie Lewis and Harry White hold the jockey's record with four wins as Glen Boss closed in with his three on the mighty mare in '03/'04/'05.

Question is in 2015 who wants to put their names beside those who were champions but became legends in the 155th running?