The female influence on the Melbourne Cup 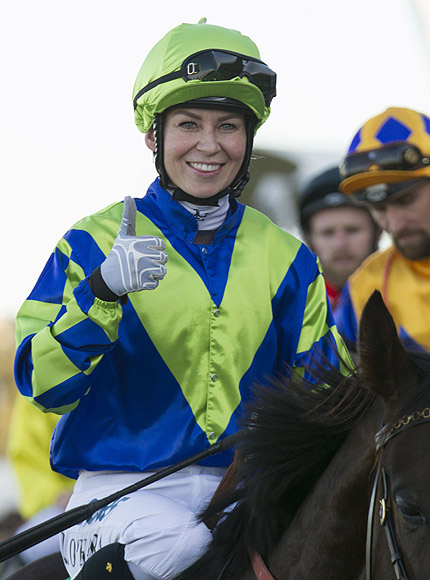 Expecting a big run by Humidor

While racing itself has always been seen as a male bastion, women have had a great impact on racing in general, and the Melbourne Cup in particular.

That influence is growing as well with so many more women training horses in their own right as they inspire others.

The first female to own a Melbourne Cup winner was Mrs E A Widdis who was successful with Patrobas in 1915.

In terms of training, officially the first to train a Melbourne Cup winner was Sheila Laxon. The kiwi brought her grand mare Ethereal to Melbourne in 2001. She won the Caulfield Cup and then charged up the centre of the track to win the two miler.

However, Mrs A McDonald actually trained Catalogue in 1938 to win. In those days women could not be registered as trainers in Australia, and it was her husband who was the registered trainer.

A Hall Of Fame trainer in Australia is Gai Waterhouse and like her father TJ Smith, she joined the list of Melbourne Cup winners in 2013 when Fiorente went one better than the year before.

In terms of riders, the first to ride in a Melbourne Cup was Maree Lyndon on Argonaut Style when 20th in 1987.

History was made just three years ago at Flemington when Michelle Payne scored on Prince Of Penzance.

That 2015 race will be long remembered as will the post-race speech when she said "Everyone else can get stuffed [who] think women aren't good enough," she said.

2020 Lexus Melbourne Cup Tour - Be part of the journey Apply now to be a part of the journey and have the 2020 Lexus Melbourne Cup Tour visit your town.