Racing and Sports highlight our standout plays at Australian TAB meetings for October 25.

Coonabarabran: Race 6 @ 3.50pm
Expecting a strong tempo with lots of early pressure but Beacon and Plectrum should eventually find the front. FRITZ'S FACTOR (3) is a deserving favourite. Terrific winner coming from near last at Gosford a fortnight ago. Underrated mare who is putting together a handy CV. Well weighted given her class and she's the one to beat. Still climbing in her racing career as oppose to many of these who have been good horses but seen better days. BEACON (1) was beaten a nose at Coonamble last start behind Thermosa. Had a difficult run in transit that day and won't have that problem from the three gate here. Going well enough to figure. MOLASSES (2) is a winner at this track in the past. Races best early in the preparation and his first-up run suggests he's right on track to run well again. ARLETA (7) and GOOD TIME CHARLIE (4) both have place claims. SELECTION: #3 Fritz's Factor to win again.

As a FREE Racing and Sports offer, click below for today's Coonabarabran Computer Card.

Port Lincoln: Race 1 @ 1.20pm (AEDT)
Off the inside draw Anjah can show enough dash to find the lead and set a solid tempo. ANJAH (6) has just been nudged out both runs back and is improved. Was a well-bet favourite the latest without much luck and should be winning fitter and using the rail. AQAAREB (9) is ex Dabernig-Hayes back after 64 days for the Campbell yard. He's right up to this if presented on-song and has the speed to clear the wide gate. She's a serious player if the market moves his way. WINTER HARBOUR (13) will also push forward and will be better for the two runs back. Gets the blinkers applied first-time and they may spark his best. URBAN ARMOUR (4) will be fitter and looks next in line. SELECTION: #6 Anjah can control the race and can win getting to peak fitness.

Sunshine Coast: Race 2 @ 1.50pm (AEDT)
Genuine tempo as the speedy Superbowl Sunday leads the way. STAR OF MICHELIN (1) makes his return to racing. Form reads well from last campaign, and he clearly deserves the weight given his quality. Trialled well in good company here not long ago and is set to fire on the home track. CHAPELCO (5) was beaten a narrow margin at Ipswich three weeks ago. Should be peaking third-up and will appreciate the bigger track. INCHING CLOSER (7) came from near last to cause an upset at Ipswich last start. Building a handy record and will be saved for one shot at them from the low draw. SHADOW OF TIME (3) best of the remainder. FORTIFICATION (4) next in line. SELECTION: #1 Star Of Michelin straight out.

Northam Race 9 @ 8.30pm (AEDT)
Solid pace with Velago and Bombardment prominent early along with Samsurian and Acermetric. AY TEE EMM (1) has been knocking on the door and just missed here 10 days ago making a ratings spike. That reads very well for this and with the handy 2kg claim can he should be delivering the deserved win. BLACK RANSOM (3) will race over further but this suits and no surprise to see him presented more forward this time around. He's trialled and gets a senior hoop. The market will tell. SAMSURIAN (7) draws well and will be better for the two runs back. He's 1/1 third-up and can make quick improvement. BROTHER PADDY (4) missed a nose at Belmont second-up and go on that. Found the middle distance a stretch the latest but has had a brief freshen and the 3kg claim is handy. SELECTION: #1 Ay Tee Emm looks well-placed. 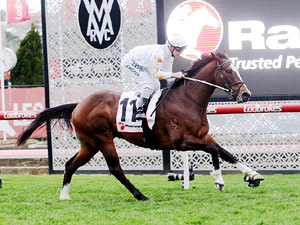