Racing and Sports highlight our standout plays at Australian TAB meetings for January 12.

DE GRAWIN (1) had no right to be in the finish when resuming having burnt the candle at both ends in the run. Loves this sprint trip with four wins and two seconds from eight starts and will be right there when the whips are cracking. The well-related SIXGUN (2) has a handy first-up record with a win and a second from just two attempts. Gets 1.5kg off with the claim and looms as the main danger. RUPERTAAR (5) is also from a good family and hasn't done much wrong with three wins from four outings. Stable is in a rich vein of form and has to be respected with the claim from the inside alley. INVINCIBLE KISS (4) is from an underrated barn and strips fitter third-up from the spell. In the mix. DUCHESS (3) has won first-up before and can run a race while fresh.
SELECTIONS: De Grawin to win.

As a FREE Racing and Sports offer, below is the Warwick Farm Computer Card.

PAL D'ORO (3) draws well and should work into the first three or four in the running. Pace looks no stronger than even, so can get into an advantageous spot, and the longer trip can suit him now. Should get the chance to wind up in his own time and in that scenario he is clearly the one to beat. Biggest danger looks to be a third up GALACTUS (4). Not far from Pal D'oro at Sandown and was held up for running at a point there. SHEVROLET (8) can be in the first couple and take some pegging back. NO QUARANTINE (10) was another held up behind Pal D'oro at Sandown. Within a length at Mornington since and has the top jock booked today.
SELECTIONS: All looks to unfold perfectly for Pal D'oro.

KERCHAK (4) missed a nose on debut as favourite and then led heavily-bet delivering the Maiden emphatically at Ipswich. Keeps the top hoop and can go right on with it at the mile for the in-form Vandyke barn. RATIONS (6) has just missed out both runs in and raced favourite the latest. The lift in trip suits the mare and she has more to give. She's capable of using the rail and is a quinella hope. TRENCH WARFARE (1) rates similarly off the two placed efforts and will be better for them. Draws for a soft run and Nash Rawiller is a key jockey booking. ATOMIC BOMB (8) is a stablemate who has been racing well without winning. Gets a sticky gate but won't be far away at a price. SELECTIONS: Keen on Kerchak.

LA MIA VIA (14) resumed bet 4-1 and didn't get into it from a slow start. Missed a lip three-back on the Canberra synthetic running the standout figure in this. In the premier local barn and has a low gate and Penza's booking suggests she's come on. HELLO JACK (8) debuts and looked the good in the recent Goulburn trial. Cahill sticks from that and counting on him to manage the outside barrier. GEMINIDS (13) draws out but is in a canny Canberra barn and can show more over the longer sprint. Gets in well under the race conditions. BEAU ROCK (1) is a former Victorian who was only beaten 1.9L resuming her for the new barn. Was expected to need it and can keep improving.
SELECTIONS: La Mia Via is in good hands and has race fitness and experience.

VANCITY GEM (10) was just beaten fresh up and was then not in it at her next start, she is on the quick back up for leading trainers the Mcevoy's and with the blinkers back on she is a big chance to bounce straight back to winning form. Barend Vorster back in the irons is also in her favour. Watch closely. SKY CALL (7) was run off her feet fresh up and will appreciate the extra distance on offer today as she has won twice at the 1400 metres. A key jockey change with Todd Pannell taking over the reins is also to be noted and an improved effort down in class is expected. Include in all multiples. ORDER IS RESTORED (4) broke through for a deserved maiden victory two starts back and was then a bold second at his next run, he has been kept up the mark with a recent trial and should be thereabouts. DAILY SPIRIT (8) is fourth up and saves her best for wet tracks, as a winner of her only start on the track she could be one to spice up all combinations.
SELECTIONS: Vancity Gem win bet. 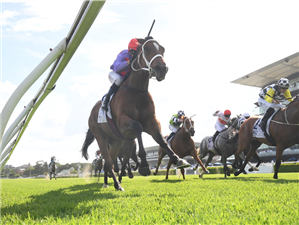