It was a pleasing session for Gary Portelli with his team winning four heats led by impressive displays from last season's crack youngster Time To Reign, the luckless maiden Spaceboy and the untapped filly Parche.

SPACEBOY bolted to a 12 lengths win in his 1200m heat and surely must soon break his maiden sequence of five placings in six starts.

PARCHE was a real head turner in her 1200m maiden heat, letting down from off the speed with a classy turn of foot to run away by 3.3 lengths under no pressure. Looks certain to win races.

The @GaryPortelli-trained Spaceboy has placed 6 times in his 7 starts but is yet to taste victory. However, that could be about to change if this morning’s trial is anything to go by... Here is winning by 12 lengths! pic.twitter.com/vNyL7QdQ4u

KING OF HASTINGS (Anthony Freedman): Classy Melbourne 3YO stiopped off on hisw ay to the Gold Coast for a tick over trial that will have him well primed for the MM Guineas. Went through his gears in great style to win his 1030m heat under a cold ride in a reasonable 63.82 (34.80).

OMAR (Gerald Ryan): Time wasn't flash (55.32; 34.60) but he was visually impressive cruising home in his 900m heat, holding a clear margin over some better performed rivals including the classy Champagne Cuddles. He's won three provincial races from six starts and looks capable of rising to midweek company in town.

HEART OF THE OAK (Gerald Ryan): Lot to like about the way he looped the field from last in his 900m heat, going four and five deep from the 500m, before  coasting to the line under no pressure for a soft win (54.79; 35.00). He's now won two trials since he was last seen winning at Newcastle in August and will be well fancied to win first-up.

XX King Of Hastings; Omar; Heart Of The Oak

Nice trial win @Rosehillgardens this morning by King Of Hastings. The @Freedmanracing galloper now heads to the Gold Coast to prepare for the $2 million Magic Millions (@mmsnippets) 3YO Guineas @GCTurfClub on January 11. He is currently $15 @tabcomau. @andrewbensley. pic.twitter.com/VTSuBznHOq

SPECIAL REWARD (Kris Lees): Former Perth mare looks a readymade winner for the Lees stable after cruising to an impressive win in the fastest of the six 1000m heats (60.39; 33.48). She has obviously done very well since her Sydney debut when she disappointed at Rosehill in November.

SIR ELTON (Adam Duggan): Rising talent has won three from four and looks ready to build on that record after working well within himself to record a soft win in his 800m heat in a sharp 46.83 (32.37). 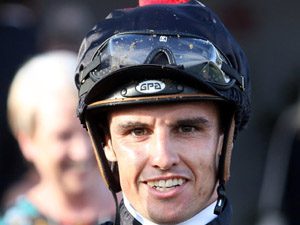