LEWIS (Chris Waller): Last start Warwick Farm winner is ready to score again judging by the way he performed in his 900m open heat 54.99; 34.66) won by the quality sprinter GLENALL. Nash Rawiller was content to sit three wide and merely allowed the promising 3YO to work smoothly to the line under no pressure for a soft third.

LADY BANFF (Matthew Dunn); Classy 2YO filly has not gone backwards since her impressive Rosehill win at her first Sydney start. She was always in command of her 900m heat, clocking the fastest time of the morning (54.11; 34.04) to score by a soft 3.5 lengths. Showed class with the way she easily extended away from her rivals over the last 200m.

NORTH PACIFIC (Team Hawkes); No doubt there are many hanging out for the reappearance of this exciting youngster after his big debut effort in the Silver Slipper Stakes behind top colt Farnan in February. Confirmed his potential with this trial effort, powering to the line under a big hold from last at the 500m for a hard held second in his 900m heat (54.86; 35.19). Destined to make an impact as a 3YO. The heat winner THE FACE is unraced and also has big upside.

A face to remember? Flashy gelding The Face wins a trial @rosehillgardens on Friday for @GRyanRacing and @InnesJnr from the eye-catcher @HawkesRacing's North Pacific, not seen since his debut third to Farnan in the Silver Slipper. @tabcomau pic.twitter.com/DyiTWTa4gf

Standard set of trials featuring 9 heats for the rising three-year-olds.

Like the look of the Tracey Bartley-trained BAROSSA ROSA going forward. We listed this Adelaide filly after a good trial win at Newcastle early in the season and this strong win in her 845m heat under an inexperienced apprentice augers well for her future. 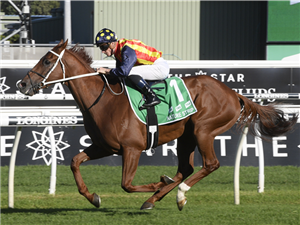