Chris Scholtz previews The Hunter meeting at Newcastle on November 14 with selections for all races plus Trial Watch and Blackbook runners.

RACE 7 (11) SIGNORE FOX: No shortage of quality in this million dollar race with every acceptor a black type winner including this three time stakes winner, all in this distance range. He has raced only three times since a storming win in the Ramornie Handicap at Grafton in July and has been set for this off his last start third behind Trumbull in the Sydney Stakes at Randwick. Meets that horse 3kg better, gets a soft run from the rails draw and has winning form on the track. Showed he was in the right form with an impressive trial win at Randwick on October 30.

RACE 8 (3) MISS EINSTEIN: Quality mare made a strong return to racing in heavy going with a close second in this class under 57kg over 1200m at Rosehill on October 31. Stays in the same grade with just half a kilo more and ticks a big box as she's been to Newcastle once for a win. Hard to beat with the expected improvement from her first-up placing.

RACE 9 (9) THROUGH THE CRACKS: Spelled after winning the Provincial Championship Final at Randwick in April and showed he was set to go on with it this season when just failing to run down the fitter Hilo over 1200m at Randwick on October 24 and a subsequent Gosford trial is sure to have him geared for the return bout. Gets a 1,5kg weight swing in his favour and can add to his excellent Newcastle record with James McDonald returning as his rider.

GOSFORD November 4: Classy sprinter TRUMBULL showed he had held his form since his impressive first-up win in the G3 Sydney Stakes at Randwick with a regulation trial over 1000m, sitting behind the leaders before sprinting home for a soft 1.4 lengths win (61.25; 35.82). However he was upstaged by TWO BIG FARI recording the fastest 1000m heat win (61.15; 35.99) where the runner-up STRAWB impressed with his strong effort over the last 400m. The three 2YO heats over 800m were standard fare with the David Atkins-trained CARARTIE recording the fastest time (50.53; 36.27).

RANDWICK October 30: Rarely get excited by 1200m heats but the winners of the two heats VADIYANN and SIGNORE FOX are definitely worth following into the summer. French import VADIYANN is now a 6YO gelding but he's had two recent trials and the manner of his strong front running win in his heat by 3.5 lengths (73.36; 34.30) augers well for a good summer campaign. SIGNORE FOX wasn't disgraced in three spring carnival outings in top quality sprints and has been freshened for a summer sprint program. His impressive turn of foot when he let down from midfield to race away with his 1200m trial by 3.8 lengths (72.74; 34.67) suggests he will be hard to beat when next produced.

GOSFORD October 14: IMPACT STAR looks to have his share of natural ability. Made an impression with the way he took control of his heat after 200m after showing sharp acceleration to recover from a slow start.

RIGHT YOU ARE: Should improve with the run. Don't drop off him.

RUBY TUESDAY: Will be well placed in midweek company.

HEAD OF STATE: Sure to improve on strong debut effort.

L'COSMO: Sure to win races in Queensland.

BALLISTIC BOY: Set to be a summer star in Brisbane. 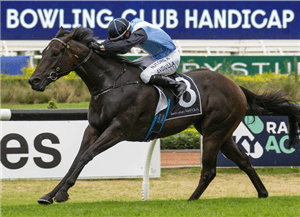