Fourth for Beat The Clock

Beat The Clock successfully defended his Centenary Sprint Cup crown to win the Group 1 for the second successive year.

Ridden by Joao Moreira, Beat The Clock was the last of the seven runners in the early stages. With 150 metres left to run the Australian-bred gelding took the lead and stayed on well defeating fellow Australian-breds Thanks Forever (Duporth) by a neck with Hot King Prawn (Denman) third.

"I was a bit worried about it but there was nothing I could have done about it," Moreira said. "Just a fraction before the gates opened he wanted to lunge into the front gates and when he was coming back, that was when the gates opened, so he wasn't able to step out with them.

"He quickly got back into the race. I had to give him a chance from there, just ride for luck and the split came at the right time. Once again he proved that he's probably the best sprinter in Hong Kong."

Beat The Clock has placed second in the last two editions of the Queen's Silver Jubilee Cup (Gr 1, 1400m) – behind Beauty Generation (Road To Rock) and that assignment is an option once again.

"It's the next race on the programme that's suitable for him," Size said.

"He's raced in the last two editions of it so we'll see how he is at home; he's getting older and whether he can tolerate another race that quickly I'm not sure but he'll let us know."

The son of the late Yarraman Park Stud sire Hinchinbrook (Fastnet Rock) capped off a good day for John Size and Moreira with the pair having teamed up to earlier in the day with Waikuku (Harbour Watch) in the Stewards' Cup (Gr 1, 1600m). That victory handed Harbour Watch (Acclamation), who shuttled to Australia for two seasons in 2013 and 2014, his first Group 1 winner.

Beat The Clock's Centenary Sprint Cup victory was his fourth win at elite level. From 24 starts he has now won 10 times and placed on a further 14 occasions, accumulating HK$52,561,525 in career prize-money.

The six-year-old gelding was purchased by Prima Park from the Yarraman Park Stud draft for $70,000 at the 2015 Inglis Premier Yearling Sale and was then re-offered at the Karaka Ready-To-Run Sale, where he was purchased by Bill Mitchell for NZ$200,000.

Bred by Jilly Henderson, Beat The Clock is out of Group 3-placed Flion Fenena (Lion Hunter) making him a half-brother to one other winner, while further back this is the same family as multiple stakes winner Silent Impact (Casual Lies).

Meanwhile, his half-sister Mowgli's (Not A Single Doubt) Winning Rupert (Written Tycoon) filly was purchased by Prime Thoroughbreds from the draft of Yarraman Park for $80,000 at the Gold Coast Yearling Sale.

The gelding is one of four Group 1 winners for the sire alongside Press Statement, Spright and Seabrook. 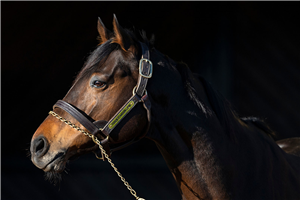