21 for the late Hinchinbrook

The late Yarraman Park-based sire Hinchinbrook (Fastnet Rock) was represented by his 21st stakes winner on Saturday as Chica Fuerte (3 f ex Guapa by Rock Hard Ten) produced brave performance to win the Ethereal Stakes (Gr 3, 2000m) at Caulfield and in the process provided his Exceed And Excel (Danehill) half-brother a valuable pedigree update before he sells at the Magic Millions Gold Coast 2YOs In Training Sale next month.

Trained by Anthony and Sam Freedman, the three-year-old filly came into the race off the back of a third place finish in the Edward Manifold Stakes (Gr 2, 1600m) and she was able to go two better when beating Salto Angel (Sacred Falls) by a length and three-quarters. Star Of Eden (Wandjina) was another head away in third.

Co-trainer Sam Freedman said Chica Fuerte is not certain to go to the VRC Oaks but will be aimed at the Wakeful Stakes (Gr 2, 2000m) at Flemington five days beforehand before a decision is made.

"She's a very straightforward filly and very easy to do anything with. We talked about it pre-race with Ben (Melham) that the 2000 metres was a slight query but he really thought if he could find the front and give her an easy time she would have a really good turn of foot and he's really riding brilliantly at the moment."

Purchased by Justin Bahen for $300,000 at the 2019 Magic Millions Gold Coast Yearling Sale from the Rosemont Stud, the three-year-old filly is one of two winners out of Guapa (Rock Hard Ten).

Guapa herself was purchased by Rosemont Stud for $150,000 at the 2017 Magic Millions National Broodmare Sale when carrying the filly in utero and she was then snapped up by Dream Thoroughbreds for $17,000 when offered on the Magic Millions Rosemont Stud Exclusive Online earlier this year.

Last Approach is also a half-sister to Sommes Sound (Assert), the dam of dual Grade 1 winners Assertive Lad (Zeditave) and Assertive Lass (Zeditave), who in turn is the dam of fellow dual Group 1 winner and sire Reset (Zabeel).

The mare produced a colt by Hellbent (I Am Invincible) in 2019 and he was purchased by Peter Moody via the 2020 Magic Millions Rosemont Stud Exclusive Online earlier in the year for $28,500, while this year she foaled a filly by Sun Stud-based stallion Magnus (Flying Spur). 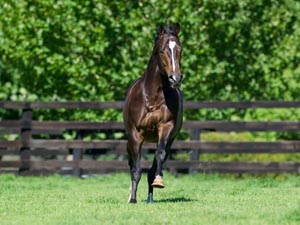