Owner Bob Peters has all but confirmed the career of star mare Arcadia Queen (Pierro) is over, after she suffered a tendon injury in preparation for her Group 1 assault on the upcoming Championships in Sydney.

Peters said he'd made the decision the five-year-old would never race again.

"I've made the decision on her career, I don't think she'll be ever racing again," Peters told TAB Radio.

"As far as what we do going forward, whether I keep her and breed with her myself or whether I sell her I'm not sure what I'll do.

"If she was a year or two younger, I would probably think about rehabilitating her." 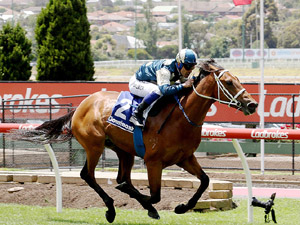