Seventh winner for Winner Rupert, three for Defcon and first for Vanbrugh

Ranveer was a $200,000 purchase at the Magic Millions Perth Yearling Sale Book 1 by his trainer Matt Laurie from the draft of Western Breeders Alliance.

Winning Rupert is the equal fifth leading sire of Australia by winners which is headed by his barnmate Capitalist (Written Tycoon).

Onwards and upwards for Ranveer after today's performance. @mattlaurierace pic.twitter.com/6w1UHTVIX7

In New Zealand, Windsor Park Stud-based Vanbrugh (Encosta De Lago) notched up his first winner when Mustang Valley (2 f ex Cream Of The Crop by New Approach) broke her maiden over 1200 metres at Te Rapa. Trained by Murray Baker and Andrew Forsman and bred by Windsor Park who remain in the ownership, the filly scored by a length and three quarters over Riverplate (Flying Artie). Vanbrugh will stand for a fee of NZ$5,000 (plus GST) this season.

Mustang Valley takes out the juvenile event for the Baker/@ForsmanAndrew stable. pic.twitter.com/qIsO88bkwu 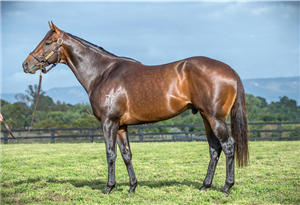