How well is Brock Ryan going at the minute!?

179 for Fastnet Rock
Having the first start of his three-year-old career, Ranch Hand (3 c ex Mezulla by Shamardal) provided his Coolmore Stud-based sire Fastnet Rock (Danehill) with his 179th stakes winner when he won Saturday’s Poseidon Stakes (Listed, 1100m) at Flemington. The Chris Waller-trained colt, a $260,000 buy by Tom Magnier at last year’s Magic Millions Gold Coast Yearling Sale from the draft of Turangga Farm, beat Ingratiating (Frosted) by a head. Fastnet Rock has sired 110 Group winners, with 41 of those winning at Group One level.

47 for Le Havre
French-bred Harbour Views (6 g ex Icky Woo by Mark Of Esteem) became the 47th stakes winner for Le Havre (Novere) when he won Saturday’s The Sofitel (Listed, 1400m) at Flemington. Cherry Tortoni (Night Of Thunder) was beaten a nose for second, with Ayrton (Iffraaj) a close third. Le Havre stands at Montfort et Preaux where his 2021 fee was advertised at €40,000.

What a return from the 7YO!

77 for Not A Single Doubt
Crystal Bound (3 f ex Crystalised by Zabeel) provided Arrowfield Stud’s now pensioned sire Not A Single Doubt (Redoute’s Choice) with his 77th stakes winner when she won the Cap d’Antibes Stakes (Listed, 1100m) at Flemington on Saturday. A $400,000 buy by Ciaron Maher Racing at the 2020 Magic Millions Gold Coast Yearling Sale from the draft of Noorilim Park, Crystal Bound beat Flying Evelyn - another daughter of Not A Single Doubt - by a head.

It was a tenacious win for @cmaherracing's CRYSTAL BOUND at @FlemingtonVRC in the Cap D'Antibes Stakes, ridden by @JyeMcNeil! The 3yo filly was bred by Victoria's @NoorilimPark and S Williams. Congratulations to everyone involved! https://t.co/kL96zjuVoF

Mr Mozart turns his form around! 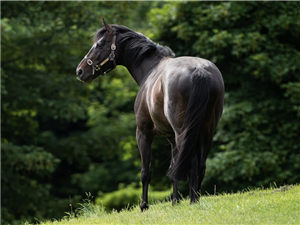