55 for Artie Schiller
Living The Dream (6 h ex Dreamwinner by Fusaichi Pegasis) provided Artie Schiller with his 55th stakes winner when the now Brian Allen-trained entire won the Kalgoorlie Cup (Listed, 2200m). Allen is the fifth trainer for Living The Dream who has won seven times and placed in another six of his 27 career starts. Artie Schiller is based at Stockwell Thoroughbreds in Victoria where his 2021 fee is advertised at $11,000. His stakes winners include five Group One winners including the Newgate Farm-based successful young sire Flying Artie.

Stakes double for @stockwell_tb stallions with Group 1 Epsom winner Private Eye (Al Maher) followed up with new stakes winner for Artie Schiller (55 SWs) on other side of country via Living The Dream in Listed XXXX Kalgoorlie Cup over 2200m ... /1 pic.twitter.com/sMunWRkIpE

Grand Promenade books his ticket to the Melbourne Cup via The Bart Cummings.@Defier1 was all over it! pic.twitter.com/OcFmF317LY

34 for No Nay Never
Former Coolmore Australia shuttler No Nay Never (Scat Daddy) notched up stakes winner number 34th when the Chad Ormsby-trained Mana Nui (3 c ex Alpine Julz by Keeper) took out Saturday’s Hawke’s Bay Guineas (Gr 2, 1400m) at Hastings. Mana Nui broke his maiden last month over 1200 metres at Te Rapa first up from a spell. The colt was bought by Rogerson Bloodstock for NZ$165,000 at Book 1 of the 2020 New Zealand Bloodstock Karaka National Yearling Sale when offered by Milan Park. No Nay Never is the sire of Group One winners Alcohol Free, Ten Sovereigns and Brook.

Originally sold as a weanling through the 2014 #Karaka May Sale for just $11,000, Justacanta (NZ) (Per Incanto) is now a stakes winner. Claiming the Listed Paris Lane Stakes (1410m) today @FlemingtonVRC. He recently transferred to the Patrick Payne stable #WhereWinningBegins https://t.co/DEyJcWdGkb

71 for Sebring
Sejardan’s (2 c ex Miss Amajardan by Hinchinbrook) debut victory in Saturday’s Breeders’ Plate (Gr 3, 1000m) at Randwick provided the late Widden Stud-based sire Sebring (More Than Ready) with his 71st stakes winner. Navigating a path between runners, Sejardan scored a good length and a quarter victory over Zambezi River (I Am Invincible) who was a $1.150 million purchase at the Inglis Australian Easter Yearling Sale by James Harron Bloodstock and Tom Magnier. Sejardan meanwhile was a $160,000 purchase by Portelli Racing at the Inglis Classic Yearling Sale from the draft of Middlebrook Valley Lodge.

Jason Collett steers Sejardan to a classy win in the Breeders' Plate for @GaryPortelli.

Get In The Spirit...

43 for Written Tycoon
The Ciaron Maher and David Eustace-trained Coolangatta (2 f ex Piping Hot by More Than Ready) handed Yulong’s Written Tycoon (Iglesia) with stakes winner number 43 on Saturday when the filly landed the Gimcrack Stakes (Gr 3, 1000m) at Randwick. Coolangatta was a $280,000 buy for Ciaron Maher Bloodstock from the draft of Milburn Creek at the Magic Millions Gold Coast Yearling Sale in January and the stable will now plot a path towards the Golden Slipper (Gr 1, 1200m) next year for the filly. Written Tycoon has now sired 11 two-year-old stakes winners headed by Group One winners Written By, Capitalist and Luna Rossa.

The $280k @mmsnippets buy for @cmaherracing adds another notch to the More Than Ready cross! pic.twitter.com/UseBqux4uX 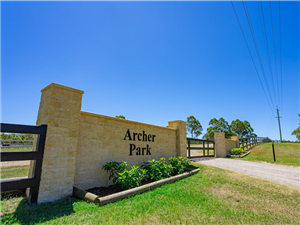