In all likelihood, this year's Melbourne Cup winner is not engaged in Saturday's Andrew Ramsden Stakes at Flemington.

For the fourth year in a row the $500,000 Listed event will carry a ballot exemption from Australia's greatest race but the consensus is that the 2022 edition is not as strong as the previous three.

Steel Prince, the first horse to earn a Ramsden 'golden ticket', ran ninth in the 2019 Melbourne Cup, Oceanex followed up with an 11th placing the following year, while last year's Ramsden winner Realm Of Flowers did not run in the Cup.

But you won't see the Victoria Racing Club activating any alarm bells.

This week it reiterated the purpose of reinvigorating the race, which was to give emerging locally-trained stayers a chance to secure a spot away from the heat of the Spring Carnival.

"And it's a chance for a local horse to secure a spot, which is just another plus."

Of particular delight to the VRC would be the fact the majority of this year's field were bred in Australia or New Zealand.

The highest-rated horse in this year's Andrew Ramsden is 2019 Victoria Derby winner Warning, a member of the second and final Australian crop of Declaration Of War and the Galileo mare Livia who was sold by Mill Park Stud for $65,000 at the Adelaide Magic Millions Sale.

Early favourite is the Gai Waterhouse and Adrian Bott-trained Splendiferous, a daughter of Pride Of Dubai and Magical Mist who was a $100,000 purchase at the 2019 Magic Millions Gold Coast Yearling Sale.

The four-year-old has won five of 17 starts, including a last-start 4-3/4-length romp in the Port Adelaide Cup (2500m) – the race Oceanex won before her Ramsden victory.

Through Irish Eyes, a son of Tavistock and former talented Zabeel staying filly Zapurple, is the most fancied New Zealand-bred horse in the race and the VRC would be delighted to see him win his way into the Cup given he won last year's VRC St Leger, a race that is now a part of the VRC's stayers' pathway. 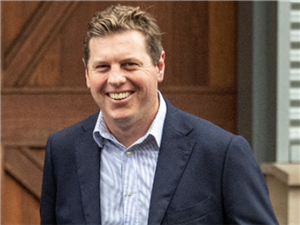