The Francis Graffard-trained and Alexis Badel-ridden filly defeated Spirit Of Nelson (Mount Nelson) by a length and three quarters with another length and a quarter back to Pappalino (Makfi) in third.

Simona is one of four winners and the only stakes winner to date out of winning El Prado (Sadler's Wells) mare Monava. Her second dam is the French champion two-year-old filly Moiava (Bering) who produced Listed winner Indignant (Gold Away) and is a half-sister to Group 1 winner Special Quest (Rainbow Quest) being out of Mona Stella (Nureyev), who won the Prix de l' Opera (Gr 2, 2000m).

Siyouni's 35 stakes winners are headed by three Group 1 winners in Laurens, Ervedya and Sottsass whilst in Australia he has sired three winners from as many runners including Group 2 winner Aylmerton and his Reisling Stakes (Gr 2, 1200m) placed daughter See You Soon will run in Saturday's Golden Slipper Stakes (Gr 1, 1200m).

Siyouni stood his first season at stud in 2011 for a fee of just €7,000 and in 2020 is standing his second consecutive year at a fee of €100,000. He has two lots catalogued for the forthcoming Inglis Australian Easter Yearling Sale, a colt and a filly. 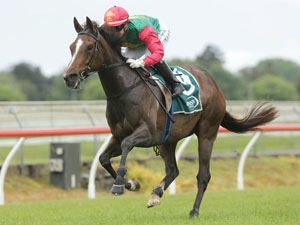