Trained by Jessie Harrington, Real Appeal came with a sweeping run to collar Lord Of The Lodge (Dandy Man) by a half-length, with another two and a quarter lengths back to Pearls Galore (Invincible Spirit) in third.

“He likes good ground, Leopardstown, and we’ll see where we go now with him. He has stepped forward very well this year, he’s a different horse, and I’m delighted with him.

“Seven (furlongs) is what he needs, I’m not sure he gets much further. Even still he got there a bit soon and was pulling himself up a little bit in front.

“This was the plan and I’ll have to go and look at the programme book now. He’ll come back here on Champions Weekend for the seven-furlong race, that will be his aim at the end of the year.”

Bought for £265,000 by BBA Ireland and Yulong Investments at the 2019 Goffs London Sale, Real Appeal has now won five of his 17 starts and placed in another four. He is out of winning mare Runaway Sparkle (Green Desert) and is one of three stakes winners for Sidestep (Exceed And Excel) whose winners are headed by Golden Slipper Stakes (Gr 1, 1200m) winner Kiamichi who stands at Telemon Thoroughbreds where his fee is advertised at $16,500 (inc GST). 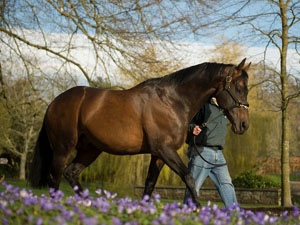