The well-bred son of Sadler's Wells' (Northern Dancer) progeny have enjoyed a standout year on the track, headlined by Etah James' victory in the Sydney Cup (Gr 1, 3200m) during the Autumn Carnival, while he is also the sire of Warrnambool Grand Annual Steeplechase (5500m) winner Ablaze.

Meanwhile, Ghibellines (Shamardal) will be offered to breeders at a fee of NZ$5,000 (plus GST) and he will once again stand alongside Gallant Guru (Montjeu), whose fee has been set at NZ$2,000 (plus GST) for the upcoming breeding season.

In response to the economic climate due to coronavirus, White Robe Lodge are also offering a ten percent discount to breeders for two or more mares booked to one stallion.

"We acknowledge that given the current climate times certainly aren't easy for breeders and feel that our service fees reflect this," stud manager Wayne Stewart said. 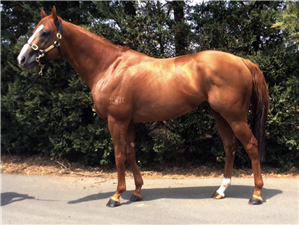