Co-trainers Guy Lowry and Grant Cullen clearly hold Shezzacatch (3 f ex Elusive Nature by O'Reilly) in high regard and she did not let them down on Saturday when she landed the El Roca Trophy (Listed, 1200m) on debut at Hastings and in the process handed Waikato Stud’s reigning champion sire Savabeel (Zabeel) with his 102nd stakes winner.

Not sighted as a juvenile, the filly was thrown in the deep end for her first career start and she handled the task, when beating Suffused (Choisir) by three-quarters of a length, while Alchemia (Per Incanto) was another head away in third.

“That was a nice finish,” Lowry said. “We’re not surprised by that performance, although she still doesn’t know much really, and she’s been a real handful. The trial the other day was the best she’s ever behaved, and she’s continued to improve since then. She’ll learn a lot more from this as well.

“We were looking at a maiden race at Woodville next Thursday, but we were worried about the possibility of not getting a start there. So we decided to come here today. On a good track, with a good jockey, it’s all worked out.”

However, she is not currently nominated for the New Zealand 1,000 Guineas (Gr 1, 1600m) at Riccarton in November.

“She’ll definitely go a lot further than 1200 metres,” Lowry said. “I think she’ll be good over a mile in time.

“The plan was always to put her out for ten days afterwards and that is what we will do.

“Longer term a race like the Group 1 Levin Classic (1600m) could be an option or we could just send her to Australia and leave her there.”

The filly is the second winner out of the unraced O’Reilly (Sir Tristram) mare Elusive Nature, who is herself a sister to Group 1-placed Savvy Dreams.

The filly is another good example of the success of Savabeel when mated to daughters of O'Reilly (Last Tycoon) with the filly becoming the 16th stakes winners bred on the cross, which headed by four Group 1 winners; Costume, Diademe, Savaria and Embellish. 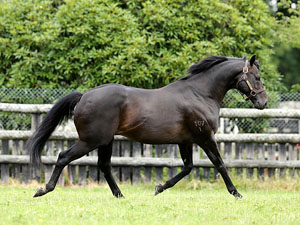