Keeneland January Horses of All Ages Sale, began in Lexington on Monday.

Five lots sold for US$300,000 or more during the opening session of the Keeneland January Horses of All Ages Sale in Lexington on Monday.

The session was topped by Congrats (A P Indy) mare Applauding who was sold in foal to Curlin (Smart Strike) and bought by Hunter Valley Farm as agent, after originally being led out of the ring unsold, for US$360,000. A winner at two, Applauding is out of Andria's Forest (Forestry), a half-sister to the Grade 2 winner Crafty C T (Crafty Prospector) and was consigned by Hill 'n' Dale.

Mares accounted for the three highest-priced lots of the day with Nicoma Bloodstock paying US$335,000 for Zia (Munnings), who was sold in foal to Into Mischief (Harlan's Holiday), and D J Stable going to that same price for the six-year-old stakes winner Moonlit Garden (Malibu Moon) who was sold as racing or broodmare prospect.

The most expensive yearling to sell was a son of Quality Road (Elusive Quality) who was bought for US$310,000 by First Finds from the draft of Denali Stud. He is out of the Grade 2 winner Foxysox (Foxhound) making him a half-sister to three winners including Curlin's Fox (Curlin).

The sale continues on Tuesday. 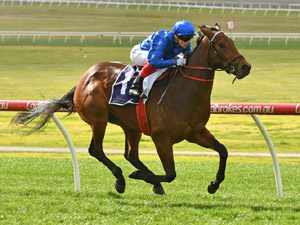