Zoustar colt to head to Moody

Victorian Alliance and partners secure son of the Widden Stud stallion for $1.3 million

The third most expensive lot to sell on Wednesday came when Rosemont - Victorian Alliance, Suman Hedge Bloodstock and David Redvers went to $1.3 million for the Zoustar (Northern Meteor) colt out of Pirapala (Sepoy).

Offered by Royston and Treen Murphy's Sledmere Stud as Lot 375, the colt is the second foal out of winning Sepoy (Elusive Quality) mare Pirapala who is herself a half-sister to Group One winner Instant Celebrity (Not A Single Doubt). The colt's second dam is dual Listed winner Celebrity Girl (Starcraft) while his third dam is fellow Listed winner Dashing Granada (Keltrice).

"He's a ripping colt," Anthony Mithen reported. "He was really, really high on our short list.

"We've had some success with Zoustar already with the Victorian Alliance. He's a horse who can get a precocious two-year-old ."

The colt is the only lot that the Victorian Alliance partnership has bought at the sale so far. Over the first two days of the sale, Zoustar has had 22 yearlings sell for an average of $415,000.

Sold! $1.3 million for the Zoustar colt from Pirapala at the Gold Coast Yearling Sale. Offered by @SledmereStud he is purchased by the Victorian Alliance. #MMGC2022 pic.twitter.com/GfTvpTmb6s 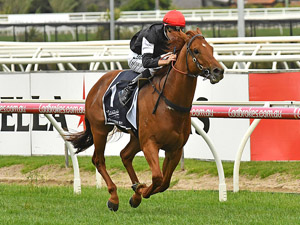