Personal to the US

The Coolmore-owned Group 1 winner Personal (Fastnet Rock) will join the stable of Chad Brown in the US.

"The fillies and mares' Breeders' Cup would be the ultimate goal but of course, she has to travel and show her form in lead-up races," Coolmore Australia’s racing manager Rob Archibold told Racing.com.

"They think there is more racing in her and there is a very good opportunity in America for fillies and mares and given her form again this season, it is certainly worth a try.

"She flies out tomorrow and does two days' quarantine in America before she goes into his (Brown's) stables.

"We have to thank the Hayes family and (Lindsay Park) stable for developing her into an incredible filly."

Personal is one of 41 Group 1 winners for her sire while in the US, Fastnet Rock has had 13 winners from 31 runners and three stakes winners with Zhukova winning the Man O’War Stakes (Gr 1, 11f) in 2017.

Archibald said that when she is retired there are a number of options for Personal in the Northern Hemisphere.

"It's not been decided yet but obviously having operations in Ireland, US and Australia, there are some good options for her as a broodmare," he added. 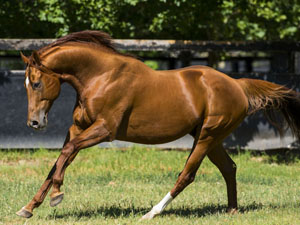