Taking the lead from the gates, Tribhuvan opened up a good lead on his rivals and was never caught, eventually recording a two length victory over Imperador (Treasure Beach) with another length back to Epic Bromance (Kitten’s Joy) in third.

Bought for just €30,000 by Guy Petit at the 2016 Arqana December Breeding Stock Sale, Tribhuvan is one of five winners and the only stakes winner out of Mahendra (Next Desert) who is a half-sister to nine winners including the Group winning pair Macleya (Winged Love) and Montclair (Montjeu) as well as the dam of the Prix Ganay (Gr 1, 2100m) winner Mare Australis (Australia).

Masked Crusader was the first Group One winner for the son of High Chaparral (Sadler's Wells) who has sired 14 stakes winners to date. Toronado covered a book of 210 mares, his biggest to date, at Swettenham Stud in 2020 at a fee of $27,500 (inc GST) and he will stand for an increased fee of $49,500 (inc GST) this year. 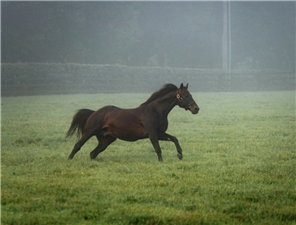