Ferrando  went down by a computer pixel at the hands of Enzo's Lad in this year's race and Rogerson wants to give the Fast 'N' Famous six-year-old stallion his chance to avenge that defeat in January.

"He deserves to win that. I thought he'd won last season. I think most people did," Rogerson said.

Ferrando has twice gone down narrowly in the Trentham feature, having finished third last year, beaten a short neck and a half neck behind Enzo's Lad and Kawi.

With the change to weight-for-age conditions this season, Ferrando will be well suited to the Telegraph, though he will be forced to carry big weights in handicap leadup races.

That begins at Te Rapa on Saturday, with Ferrando allotted the 60kg topweight for the Listed Legacy Lodge Sprint (1200m) in which Ryan Elliot takes the mount.

"He's got plenty of weight but he's had a couple of trials and he goes well fresh," said Rogerson, who trains in partnership with his wife Debbie and granddaughter Bailey, also a part-owner in Ferrando.

"We've just got to keep an eye on the weather. There are reports of rain on Saturday and he just doesn't like it wet."

Ferrando has won both his trials, scoring by a neck over 880m at Te Rapa last month before a long neck trial win at Te Teko over 1000m, beating Spring Heat, a winner at Ellerslie on Tuesday.

"He's carrying a bit of condition and it's a good race to bring him on. He's a good sprinter and he'll run a good race," Rogerson said.

Team Rogerson has seven runners entered for Te Rapa, with much interest on how Group One performer Aalaalune goes in the Chris Steenstra Maiden 1600 after a luckless run in the Gr.3 Soliloquy Stakes (1400m) at Ellerslie last start.

"She's a really good filly. She had no luck at Ellerslie. She got stopped dead in her tracks when she was running into it. She's still in the 1000 Guineas but we'll talk more about that with the owner after she races on Saturday." 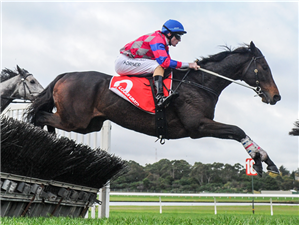