The Stephen Gray trained No Fun No Gain had no concerns going back to back on Friday night when spacing his rivals in the third event.

Tried against Singapore's best 3YOs last preparation, No Fun No Gain struggled up against that class, but has clearly taken full advantage of the drop back in grade.

Returning off a 160 day break two back, No Fun No Gain led throughout in fast time, before taking a good step forward on Friday night.

Ridden by Michael Rodd, No Fun No Gain only began evenly from the inside draw, before pressing on to hold his position fifth along the rail.

Popped off the fence passing the 700m, No Fun No Gain pulled his way into a stalking position, before peeled one of the widest runner on straightening.

Travelling well, Rodd let him rip inside the 500m with an immediate response from the four-year-old.

Displaying a sharp turn of foot, No Fun No Gain quickly took over inside the 400m, putting the race away in a few strides.

The Steven Burridge trained Lim's Passion stuck on fairly well along the inside, but was clearly no match, beaten 3.5L.

Despite giving weight away to all of his rivals, he simply gapped them with 7.3L back to third and 9.1L back to fifth.

While only a Class 4 event, No Fun No Gain certainly looks well above average and appears destined for better company.

Returning a Timeform rating of 83, No Fun No Gain returned a new career peak with a hint of more to come.

When adjusting for sectionals, No Fun No Gain again returned a figure in the mid/high 80s and can be followed with confidence.

Having only had the eight starts, No Fun No Gain has now notched up four wins and profiles as a horse who can make the rise through the grades.

Rising seven points, the handicapper hasn't missed him, but rightfully so.

Now rated 74, Class 3 company appears his next target, with 56.5kg his expected weight.

Never easy rising 12 points in two starts (equates to a 6kg rise at the weights), however he is clearly trending the right way and is one to follow.

Gray has always held quite the high opinion of the son of Pins and he is now delivering on that early promise. 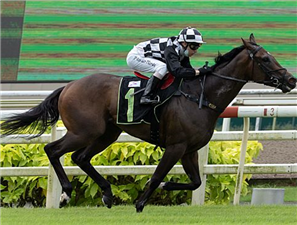