It might be worth taking a chance on #6 Cheerful Leader who steps up to 2000m for the first time. He closed off nicely last start over the mile and gave every indication that a step up in trip would suit. #1 London Hall is looking for back-to-back wins. He's racing well and the booking of Alexis Badel bodes well for this contest. #4 Blastoise gets a handy 10 pound claim from apprentice Jerry Chau who has been in-form this term with 10 wins to his name. #3 Vincy has refused to win on numerous occasions. Still, he is racing well and his chances are enhanced with the services of Zac Purton engaged once again.

#8 Plikclone is looking for back-to-back wins. He remains in Class 5 which suits and if he can offset the wide gate then he is the one to beat. #4 Apollos Bow is the likely leader. He won well two starts ago and is capable of stringing these out. It's taken #13 Tigerlad some time to find his feet, but now, he is racing with purpose in this grade. He slots in light with Karis Teetan aboard and he's sure to get his chance. #3 Telecom Missile comes into this third-up. He's at his mark and bears close watching with Zac Purton up.

#5 My Sugar has displayed immense talent in both of his Hong Kong starts. He narrowly missed by a short-head last time out and with improvement taken from that run, he is the one to beat. #3 Helaku Knight turned his form around to finish a close-up second last time out. He's finally figuring out what racing is all about and he could jump out of the ground at any time now. #2 Golden Link is on the up. He can finish strongly with even luck.

#9 Sparky Star has ability and he should improve second-up, just as he did last campaign. He's a talent and the step up in trip should see him run a bold race in his spot. #4 Telecom Rocket has been a model of consistency across his career. He's unlucky not to be a winner already this campaign and it wouldn't surprise to see him go on with it here. #1 Kasi Farasi skipped clear in a recent trial, lengthening nicely for jockey Zac Purton. If he can translate that form to the races then he's a leading player. #6 Go Goal Toby is looking for back-to-back wins. He's drawn well and should get his chance.

#6 Rewarding Together has done well so far in each of his three Hong Kong starts. He's a considerable talent who has been impressive against strong opposition and with an eye-catching trial under his belt, he is the one to beat. #3 Galactic is looking for back-to-back wins. He's gone to a new level this term and it wouldn't surprise to see him keep on rising with a win here. #1 Pegasus Glory got off the mark impressively last start at only his second Hong Kong start. The form out of his last win has been proven rather strong so with even luck, he is a chance. #2 Monkey Jewellery is next best, he just needs to offset the awkward gate.

#7 Best For You is consistent and he does hold a blistering personal best over this course and distance. He's a two-time Class 4 winner who is capable of adding another. #11 Authentic Champ will give the field a head-start but he is aided by the step up in trip, which should give him every chance. He's a leading player but he will need luck from the rear of the field. #5 Marvelous Fans took to the step up in trip with ease. He can figure again with the right run, especially as an improving type. #8 Sam's Love finds a difficult contest though does get the services of champion jockey Zac Purton.

#3 Hong Kong Win loves the course and distance as a two-time course and distance winner. He's been sound this term but with two runs under his belt now, he should be race-fit and close to his peak. #5 Duke Wai shot up 33 ratings points last term with four consecutive wins under his belt. He returns first-up which is a slight concern but his latest trial was encouraging and he does know how to win. #8 Massive Pocket has got up in the ratings but he is a Class 2 winner, which suits. He'll get his chance to rattle home. #10 Multimillion is next best.

#5 Dances With Dragon has targeted this for a considerable amount of time and his last-start fast-closing fifth suggests that he is ready to peak. He scored a near five-length win in the G3 Premier Plate over 1800m last term and if he replicates that run here, then he is the one to beat. #2 Southern Legend won this race last year and once again looks well placed. He's relish the added distance and if he can offset the awkward gate then he is a leading player. #12 Savvy Nine slots in light with no weight on his back. He comes into this off the back of an impressive trial which suggests he can run a bold race in his spot. #1 Exultant returns first-up off the back of two Group 1 wins. He'll be able to finish off although is, more effective over further.

#4 Winning For All put in a career-best effort at his third Hong Kong start earlier this month and with that run under his belt, he does appear ready to begin his ascent up the handicap. #3 Transcendent kept on late last start to finish fifth in a hot race which was won by Winning Dreamer. His best asset is his closing speed and if he is ridden a touch quieter then he will get his chance to finish home strongly, as he has done previously. It took a talent to end #8 Scores Of Fun's unbeaten streak last time out. He can bounce back from that defeat although he has been handed an awkward gate. #11 Like That is next best. He should relish getting around a bend now.

#12 True Legend turned in an impressive close-up defeat last time out and if he manages to replicate that performance here, then he is the one to beat. He should be race-fit with two runs under his belt this term and he must be respected here. #9 Angel Of My Eyes is looking for back-to-back wins and his third from his last four starts. Suspect he's vulnerable here stepping up to Class 3, especially having drawn awkwardly. #4 E Star can box on as he has done previously. #2 Gift Of Lifeline is next best. 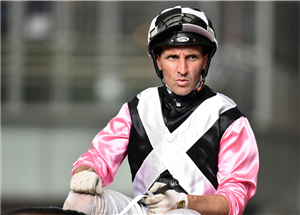