Selections and Analysis for Wednesday’s (24/11/21) fixture at Happy Valley.

#2 Ginson steps out on debut following an eye-catching trial effort. He looks forward enough to figure strongly first-up. #1 We The South made a welcome step down to Class 3 last start. This is a positive and from gate three he's expected to try and lead throughout. #4 Brilliant Fortune has mixed his form but does have some ability. Don't discount. #7 Seizing The Moment is open to further improvement after finished fourth on debut.

#6 King Dragon ran a blinder first-up and he's capable of bouncing back to that form here from gate three. He should get every opportunity here under Karis Teetan. #11 Yee Cheong Warrior steps out for the in-form David Hall stable who collected a double last weekend. Expect improvement. #7 Free Foal is third-up. Frankie Lor's yard is firing on all cylinders and he's a consistent type in his spot over these distances. #12 Travel Glory rattled home first-up. He looks like he can take another step forward.

#10 Kwai Chung Elite draws well. He's had two runs this campaign and with race-fitness on his side, he should be able to put his best foot forward. #5 Amazing Boy turned his form around last start. Expect further improvement here as the booking of Joao Moreira is a strong one. #2 Run The Table only needs to offset the sticky gate to contend. #11 Centenary Ibis is racing well without threatening. His day looks like it will come soon enough.

#1 Mission Bravo makes the class-drop. He should be able to contend here against weaker company as long as he can overcome the awkward gate. #8 Faithful Trinity should use the inside draw to his advantage here. He can play catch me if you can from there. #2 Loyal Baby is racing well at present. He can take another step forward. #7 Ernest Feeling is unlucky to not already be a winner. Zac Purton should ensure he gets every chance.

#1 Fire Ball can capitalise on gate one and find the front here under apprentice Alfred Chan. He was narrowly run down last time out and with that effort under his belt, it wouldn't surprise to see him go on with it here. #3 Ka Ying Spirit is a lightly raced talent. He maps to get the run of the race. #4 Flaming Passion finally got on the board last time out. He knows how to win now and it wouldn't surprise to see him go close again. #5 Hero Star has claims with two runs under his belt.

#3 Turbo Power is a lightly raced talent. He looks to have a touch of class and the added distance looks suitable. #1 Romantic Warrior is looking to remain unbeaten. He scored with plenty in hand on debut and does appear suited in this grade again. #2 Trader can take advantage of the inside draw. Expect he tries to pinch this for Zac Purton from the front. #5 Wild West Wing has claims. Only hindrance is the sticky gate but he rarely doesn't perform at the city circuit.

#3 Super Winner can find the front under the apprentice here. He might get pestered in the lead but he doesn't always have to be there, having shown his versatility at times also. The claim helps and he's tough. #4 Cheerful Days scored an incredibly win last time out, surging from last-to-first under Alexis Badel. He's figured out what racing is about and he remains a leading player once more. #11 Toronado Phantom slots in light and looks forward enough for his first-up assignment. #1 Everyone's Delight is next best.

#12 Winning Method is holding his condition and he slots in light here. The wide draw poses a threat but he looks capable of overhauling this group, especially if they go too fast out in front. #2 Sight Success is looking for a third consecutive Class 2 score. It's getting tougher now but he's showing no signs of slowing and as such, deserves respect once more. #7 Keep you Warm has won with ease his last two starts, including his easy first-up success. #9 Harmony Fire is up in grade but does deserve respect. He has ability and bears close watching on the seven-day back-up. 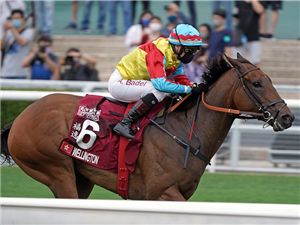