O'Sullivan, who moved to Hong Kong in 2004, was typically understated on reaching the landmark, marvelling at the unlikely probability of sharing the achievement with Teetan.

"I'm not a mathematician but that would be long odds," O'Sullivan said of the coincidence.

"It's a great milestone for both of us, so it's a great thrill. Hong Kong is a tough place to win a race so it means a lot.

"Onwards and upwards and try and keep adding to it. It really is a milestone." 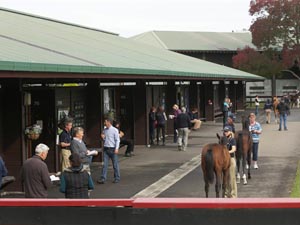