Spring Carnival up in the air for NZ trainers

Multiple Group One winner The Bostonian is set to head to Sydney next month, but whether he will race under trainer Tony Pike’s name is still up in the air.

The Cambridge trainer, who also heads the New Zealand Trainer's Association, has been in discussions with an Australian immigration expert, however, there is still no clarity as to whether any of his staff members can gain an exemption to enter Australia.

"At this stage there is no problems in getting the horses across, but with what has been happening in Victoria of late the Government has probably got a little bit edgy and things aren't moving quite as quick as we were hoping," Pike told RSN Radio.

"We had a meeting with one of the immigration experts over there (Australia) who was working with all the stud farms to get the shuttle stallions and grooms in for the breeding season.

"She was having a meeting with ministers last night (Monday), so we are going to have a catch-up and see if we can progress it.

"At this stage she is hopeful that she can get us an exemption to get in, but time is of the essence. We are getting closer to the spring carnival and if or when we can get over is the million dollar question at this point in time."

With The Bostonian  booked to fly to Sydney on August 17, Pike said they would need clarity next week in order for his staff members to travel to Australia and undergo the mandatory two week quarantine period in time to meet the talented galloper.

Pike said he and a number of other New Zealand trainers are working through a number of scenarios in order to campaign their horses in Australia during the spring.

"We are coming up with various plans at this stage. It's a bit of a fluid situation and it is changing daily," he said.

"We had a meeting with a number of trainers yesterday and there are between 15 and 20 horses that are looking to go over from seven or eight trainers.

"Some of those trainers were looking to send their horses over in the next week or two. The Bostonian is booked on the plane on August 17.

"If my staff are to meet him there they have probably got to head over to Sydney on the second or third of August to do the quarantine period.

"It is getting very tight.

"They may have to run in a caretaker trainer's name for a run or two until such time as we can get some certainty as to whether we can get some staff over to Australia."

Pike sees no reason why travel exemptions should not be granted and said he has no concerns relating to the COVID-19 situation in Australia.

"We have been lucky over here in New Zealand and the anxiety levels have settled down a bit," he said.

"I think everyone is willing to take their horses over for the carnival. There will be pretty strict protocols in place.

"Racing NSW and Victoria have handled things well over the last few months and I am sure if the staff that are over there follow those protocols and use common sense I don't think we should have any issues."

Pike is looking forward to campaigning The Bostonian in Sydney and said The Everest could be an ideal race for the gelding.

"The Bostonian has come back really well. I can't fault the horse. He is having and exhibition gallop at Hastings tomorrow (Wednesday) over 1000m," Pike said.

"There are a number of options for him. We will just get him through the Winx Stakes first.

"If it happened to be a wet Sydney Carnival and a few of the slot holders are running out of horses for The Everest (1200m), he would be a chance on a wet track in a race like that.

"The alternative option is to step up to a mile for the George Main Stakes (Gr.1, 1600m) and those sort of races." 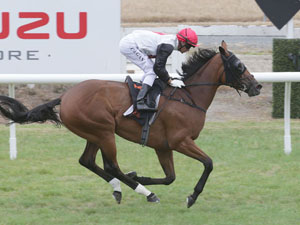