All the word is on Zaaki ahead of Saturday’s Gr.2 Q22 (2200m) at Eagle Farm, but Randwick trainer John Sargent is keen to upset the apple cart with Brandenburg.

The New Zealand-bred gelding finished third behind the Annabel Neasham-trained six-year-old in the Gr.1 Doomben Cup (2000m) last start after taking up the pacemaker role, and Sargent is keen for his charge to sit behind the pace this time.

"I thought it was a very good effort first step over 2000m and having to lead at a very good pace. There was nothing wrong with the ride, he (Regan Bayliss, jockey) took the right option at the time," Sargent told Racing HQ.

"Rachel (King, Saturday's jockey) knows him verry well and hopefully they get a bum to follow on Saturday where we can put him to sleep and see him finish off like I know he can.

"He has developed a lot mentally and physically. He is just a lovely horse to be around the stable. The favourite (Zaaki) is going to be very hard to beat but anything can happen."

Brandenburg  returned to Sargent's Sydney barn in-between his Queensland assignments, and the expat Kiwi horseman said the son of Burgundy is on song ahead of the Q22.

"I brought him back here the next day (after the Doomben Cup) and he has been under the care of the stable here at Randwick. He's done a treat and his level of fitness is right at its peak now," Sargent said.

"He hasn't run on the Eagle Farm track before, so we don't know how he will handle it, but we will find out on the weekend.

"As long as we can get a bit of cover this time, instead of leading, he should be a big chance."

Brandenburg will head for a spell after his weekend assignment in preparation for the spring, where Sargent is keen to get him down to Melbourne to race in front of his ownership group.

"He will have three weeks out up there (Queensland) and then be home for Melbourne in the spring," he said.

"The Cox Plate (Gr.1, 2040m) could be an option if he measures up on Saturday and he comes up well in the spring.

"He is owned by a lot of owners down in Melbourne and Adelaide and they haven't been able to see him. They won't be able to see him on Saturday either, which is a shame. They would love to get him down there in the spring."

Brandenburg was bred by Christopher and Susanna Grace and is a half-brother to Sargent's former multiple Group winner Luvaluva. He races for a similar ownership group sporting the silks of Darren Thomas' Seymour Bloodstock. 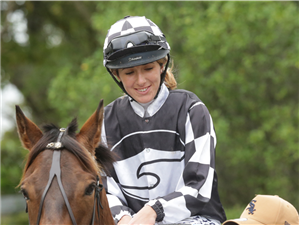