Grade One action at Fairyhouse on Sunday.

My Mate Mozzie  is among those bidding to add their name to an illustrious roll of honour in the Baroneracing.com Royal Bond Novice Hurdle at Fairyhouse on Sunday.

Three-times Champion Hurdle hero Istabraq (1996), brilliant chaser Moscow Flyer (1999) and the record-breaking Hurricane Fly (2008) are just a few of the names who have claimed this Grade One contest.

The Gavin Cromwell-trained My Mate Mozzie is the likely favourite for this year's renewal after he took his 100 per cent record over the smaller obstacles to two in the For Auction Novice Hurdle at Navan three weeks ago.

Cromwell said: "I suppose it's coming quick enough after Navan, but I'm happy with him. He worked earlier in the week and worked well – we're on target.

"It's going to be good ground and that's not going to be a problem for him. He travels well and has plenty of pace and can quicken.

"He jumps well. He jumped out a bit to his right in Navan, but we're going right-handed in Fairyhouse, so hopefully that will play to his strengths."

Gordon Elliott, who has won three of the last four runnings with Mengli Khan (2017), Envoi Allen (2019) and Ballyadam (2020), is this year represented by both Mighty Potter and Three Stripe Life.

Mighty Potter faces a step up in class after winning by 29 lengths at Down Royal, while last season's Champion Bumper fourth Three Stripe Life impressed on his hurdling bow over the course and distance.

"Three Stripe Life and Mighty Potter are in good form. They're two nice horses – two babies at the start of their careers, to be honest," said Elliott.

"It's probably hard to split them. I suppose if I was to say anything, long-term Mighty Potter could be more of a big chaser than a hurdler.

"Three Stripe Life did it well the last day and has good form. He's a nice horse who jumps very well."

Hurricane Fly is one of a record eight previous Royal Bond winners for Willie Mullins, who this year saddles three horses at double-figure odds in Arctic Warrior, Farout and Statuaire.

Patrick Mullins, assistant to his father, said: "Arctic Warrior was disappointing last time, but he's come out of that race fine.

"He's has had a lot of bad luck – he as an F and a P against his name. We think a lot of him at home, but he's going to need to show it on the track now.

"Farout was very good in Galway. His jumping let him down in Listowel, but he has schooled very well since. We think he is better than his run in Listowel and we expect a much improved performance.

"Statuaire is coming back from a little break. On form she has to improve. If she could sneak a bit of prize money and black type that would be great."

Top-level honours are also up for grabs in the Drinmore Novice Chase, which like the Royal Bond has been been dominated by the Elliott team in recent years.

Fury Road was runner-up to the reopposing Gabynako on his chasing debut at this venue, while Grand Paradis fell at Down Royal in a race won by another leading Drinmore contender in Lifetime Ambition.

"Fury Road will come on an awful lot from Fairyhouse the last day, when he blew up badly going to the second last. He has come on well," said Elliott.

"Grand Paradis did the same – he was having a blow when he fell at the second-last in Down Royal. In fairness he had jumped brilliantly and didn't do anything wrong, but skidded out on his belly.

"He schooled around Punchestown last week and jumped very well and he'll come on from it.

"Both my Drinmore horses will improve. Whether or not that'll be good enough, I don't know yet."

Champion trainer Willie Mullins is pinning his hopes on the 10-year-old Bleu Berry.

Patrick Mullins, assistant to his father, said: "He won a Coral Cup before, but he'll probably need to improve to win. Hopefully he can pick up some prize money." 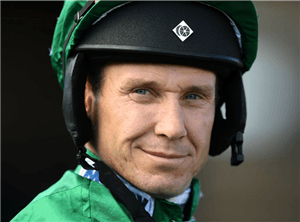