The Racing and Sports Priceline for 2019 British Champions Day at Ascot.

There are four Group One races on the British Champions Day card and heavy going won't put a dampener on the Racing and Sports Pricing Model which prices them as follows.

Looking at the early markets The Model is bullish about Hello Youmzain  and bearish about Make A Challenge.

Advertise won the Commonwealth Cup over the course at the Royal Meeting and was just as good when winning the Gheest in France last time, but Hello Youmzain, who was beaten into third in that Commonwealth Cup, matched the pick of his form with his win in the Haydock Sprint Cup and might be more likely to improve now. The Model doesn't factor in the heavy going but if we were to guess we would say it plays the way of Hello Youmzain who won on genuine soft at Haydock while the time of the Commonwealth Cup suggets that the ground was better than the good to soft listed at Ascot.

Like Advertise, One Master looks correctly priced in the early betting, as does Cape Byron  who has a couple of very good figures at the C&D and can measure up to the stronger race now.

The margins look fairly slim in the Fillies and Mares where the ever-running-on Fleeting ties Star Catcher and Anapurna together. A bit of Frankie factor and a winning record make Star Catcher the one most likely to run to a higher level than what has already been produced and splits the three evenly matched fillies in the eyes of The Model. Sun Maiden is given the best hope of the rest and is trading at much bigger odds - connections again playing a role in how likely Sun Maiden is to produce a peak performance here.

The mud is clearly a factor in the betting ahead of the QEII which will be run on the very heavy straight. The Model doesn't know that, it just knows the form, and on that score, with a big recent figure to his name, Benbatl holds the aces.

He absolutely thrashed King Of Comedy  who had looked about as good as Magna Grecia prior to that. Magna Grecia, good as he has proven to be, faces this off a break and that shouldn't be easy.

The Revenant  doesn't have ratings to match the pair of three-year-olds but he has the here-and-now factor. He is winning and seems a good chance of running to a new peak which will surely be required. The Model is aware that fast horses can run slow times...

Mares are to the fore in a weak looking Champion Stakes where Magical is really the only one established at the level. She's also up and going at the moment for the best yard around, so there's plenty to like. Deirdre didn't have much of a chance from where she landed behind her in the Irish Champion and posted a strong figure at Goodwood. She's got some strong Japanese numbers to go with that and looks a bet despite the obvious concerns about the going. Coronet won't have any trouble with the ground and is racing as well as ever for top connections. 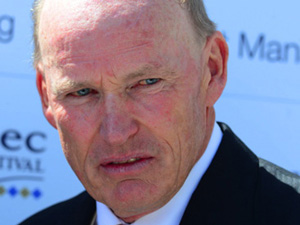