Unbeaten in 19 starts over jumps, the Nicky Henderson-trained Altior is the general 5-2 favourite for the traditional Boxing Day highlight, with the master of Seven Barrows having already confirmed the superstar will step up in distance this season.

Henderson has also entered the 2017 King George hero Might Bite and Santini, among others.

Clan Des Obeaux provided Paul Nicholls with a record 10th victory in the race 12 months ago – five of those triumphs provided by the legendary Kauto Star.

Clan Des Obeaux is on course to defend his crown following a pleasing return to action at Down Royal last weekend and could be joined by Cyrname – the highest-rated horse in training following his jaw-dropping display in the Ascot Chase in February.

Next in the betting is the Colin Tizzard-trained Lostintranslation, who could not have been more impressive on his seasonal reappearance at Carlisle last weekend.

However, triple Grade One winner Kemboy is a notable absentee, with the ban on entries and declarations registered in the ownership of the Supreme Horse Racing Club still in place. 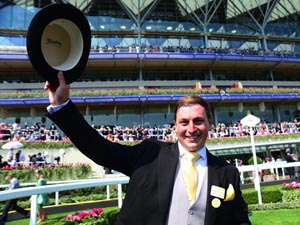