The King George Stakes is the feature on day four at Glorious Goodwood.

The King George can be the feature in terms of spectacle, with the lightning quick Battaash aiming at his fourth straight win in the race, but he's 1/3 or thereabouts to do so and betting is largely stifled.

The Racing and Sports pricing model doesn't need to be too clever to find him, and it lights up on enough variables around the likes of Liberty Beach who was close(ish) to him at Ascot and Glass Slippers, who beat him when he failed to fire (something he can do) in the Abbaye, to think the race is better off watched.

After a couple of nice winners to start the week the Model had a miss last night with Magic Wand (she wasn't the only model to find Magic Wand either!)  who ran a very plain looking race. She is sticking to the theme of established Group One winning mares tonight though with One Master hitting high up on several factors that The Model holds dear.

Most obvious of those factors is her array of ratings which, particularly when considered alongside the trip, are faster than both what she meets tonight and what is typically required of this race.

Seven furlongs is a bit of a sweet spot for her and, almost miraculously, she has only raced over the trip twice in her past 12 runs - for two Group One wins...

She was okay fresh in the Jubilee over six and slightly better up to the mile last time at Newmarket. It's easy to see a peak coming for a stable that strike at 23% third up and link with Tom Marquand at 24%. It's a high-striking set of connections with a hot horse. Simple but effective logic. In the end, the Model wants to back winners and One Master appeals as the right sort of horse to fit that brief. 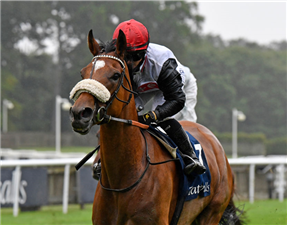