Sottsass is at the highest peak taking the 2020 Prix de l’Arc de Triomphe.

Trained by Jean-Claude Rouget, the chestnut colt had twelve starts in just over two years. A career that commenced in August 2018 ended at the highest peak taking the 2020 G1 Prix de l'Arc de Triomphe (2400m). For both trainer Jean-Claude Rouget and jockey Cristian Demuro dreams do come true – winning the 'Arc'.

Sottsass is from the fifth crop of foals sired by the Aga Khan's stallion Siyouni (winner of the G1 2009 Prix Jean-Luc Lagardère (1400m)). His other offspring have included Le Brivido, Laurens, City Light and Ervedya.

In August 2017, as a yearling, Sottsass was bought for €340,000 at the Arqana sale at Deauville by Oceanic Bloodstock. For the colt, racing commenced at Deauville when fourth in a maiden over 1600m, now some twenty-six months ago. Two months later he progressed at his second race start to break the maiden tag at Clairefontaine winning by three lengths.

Following a winter spell and now a three-year-old Sottsass took a rise in grade to contest the 2019 G3 Prix La Force (1800m) at Longchamp finishing fifth of seven. It was his next outing however when taking his first Black-Type contest winning the Listed Prix De Suresnes (2000m) at Chantilly by an impressive six and half lengths that the question was being asked – 'Is Sottsass a future star?

The answer was a resounding yes!

Jockey Christian Demuro was on board the three-year-old in the Classic G1 Prix Du Jockey Club (2100m) at the same course as his trial race, Chantilly. A clear run on the outside combined with a burst of energy when running down Persian King delivered the G1 prize. He was now a horse on everyone's radar.

A brief mid-summer break was immediately followed by Sottsass returning to the winner's circle when scoring in the G2 Prix Niel (2400m), the traditional three-year-trial race for the Arc. It was a brave performance squeezing in between rivals when victory looked unlikely with 300m to go. Three weeks later he contested the G1 Prix de L'Arc De Triomphe (2400m) and produced a three and half-length third behind Waldgeist and 'Queen of the Turf' Enable.

Despite 2020 being unique in so many ways, Sottsass continued a path with one goal in mind – the Prix de l'Arc de Triomphe. He proved slightly disappointing on seasonal return at Paris-Longchamp in the G2 Prix d'Harcourt (2000m) before reversing the form with re-opposing rivals landing the G1 Prix Ganay (2100m) at Chantilly – the course that was fast becoming his favourite.

A neck second behind Skalleti at Deauville in the G3 Prix Gontaut-Biron Hong Kong Jockey Club (2000m) was a slight surprise. The White Birch Farm colt then ran a great race in defeat when fourth in the G1 Irish Champion stakes at Leopardstown (200m) behind Magical beaten just over two lengths but staying on.

The 2020 Prix de L'Arc de Triomphe meeting was one of the most dramatic to ever be conducted and it was the French trained Sottsass who denied Enable a slice of history. On heavy going he avoided the interference which occurred in the home straight powering home, after a perfect ride from Christian Demuro to add his name to the history books.

During the days following his success in the 'Arc' it was announced Sottsass was to be retired and would stand at Coolmore in Ireland.

Sottsass will have the unique record as being the first horse to complete the three-year-old classic Prix du Jockey Club and then as a four-year-old winning the Prix de l'Arc de Triomphe. 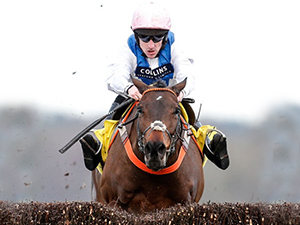