Evan Williams hopes Silver Streak can secure a first Grade One victory in the Betfair Fighting Fifth Hurdle at Newcastle on Saturday week.

The Llancarfan handler believes the seven-year-old deserves a win at the highest level – having been placed three times in five starts at the top table, including when finishing third in last year's renewal of this two-mile prize.

Silver Streak  made a triumphant return to action for the second season running last month, in the same Listed contest he had won at Kempton a year earlier.

Williams said: "Silver Streak will go to Newcastle for the Fighting Fifth – then we will try to go for the Christmas Hurdle, which he was second in last year.

"He has been second and third in Grade Ones and you just hope he can win a Grade One.

"I might be silly and I might be trying too hard to make him do something that is difficult to achieve.

"I just think he deserves it because he has run so many nice races – it would be nice to have it on his CV."

He added: "It was a performance at Kempton that you could only be happy with. He didn't have a hard race, and it was good to blow the old cobwebs away.

"To get a run under your belt and win as you like helps a lot mentally, as well as physically.

"Wherever he goes next, it's going to very difficult to win, but at least he is going there with a little bit of spice in him."

Williams was pleased to see Esprit Du Large put in a clear round of jumping in a graduation chase at Carlisle, following back-to-back falls in the Arkle at the Cheltenham Festival in March and the Haldon Gold Cup at Exeter.

He added: "I don't know how he fell at Exeter, but he fell and that was two on the bounce – which is never a good position to be in, because he had a mother and father of a fall in the Arkle.

"Thankfully I had him entered at Carlisle, and we got a run under our belt. It was not a flashy run because he finished third, but it was a clear round on a racetrack."

He added: "It is difficult where we go – we are between a rock and a hard place. He is only a young horse and he hasn't had a lot of racing. We are in a lot better position, having had a clear round under our belt.

"We will just rebuild him back. We won't do anything flashy – we just want to let him enjoy himself somewhere." 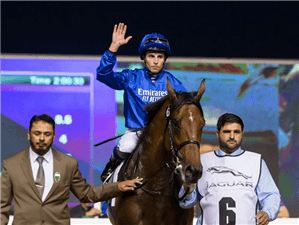