The side, which comprises of horses trained by Robert Cowell, John and Thady Gosden, Sir Mark Prescott and David Simcock, are the early leaders in the competition following its launch at Newcastle last week, when despite not producing a winner, the handlers were placed in five of the six contests.

Dettori rides the Cowell-trained Autumn Flight in the opening sprint contest on Town Moor, while he teams up with the Gosdens for Sir Edward Elgar  and Pitcher's Point  later on the card.

His Newmarket Red teammate Jamie Spencer will also enjoy his first taste of the competition with three rides in Yazaman, Rovaniemi and Man Of Riddles.

Team TalkSport are currently second in the standings and their reserve rider, 3lb claimer Ray Dawson, is set for a busy night with five mounts in the absence of Hollie Doyle, Cieren Fallon and Jack Mitchell – who is the leading rider after one meeting.

Other familiar names to turn out for their respective teams for the first time include James Doyle, Paul Hanagan, Sean Levey and Kieran Shoemark, who sports the Team Swish colours after claiming a first Group One victory aboard Lady Bowthorpe at Goodwood last week.

Team Ireland, formed between brothers Joseph and Donnacha O'Brien, and Team ODDSbible, which comprises Roger Charlton, Alan King, Martyn Meade and Brian Meehan, were the only teams out of 12 not to get a placed effort on the board at Newcastle, but will try their luck again at Doncaster.

Meehan sends three for his team – Many A Star, Tanfantic, Corbulo – with Meade's Sycamore and Bake, plus the Charlton-trained Amir Kabir taking their chances. 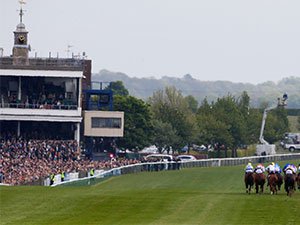