Snowfall aims to make it a perfect five out of five for this season in the Prix Vermeille at ParisLongchamp on Sunday.

Aidan O'Brien's filly is looking to cement her position as favourite for the Prix de l'Arc de Triomphe by winning her fourth successive Group One.

With Ryan Moore in action at the Curragh, Frankie Dettori has once again been called up by O'Brien, just as he was at Epsom for the Oaks.

Snowfall  has followed a similar path to another great filly Dettori rode, Enable, in winning at Epsom, the Irish Oaks and then the Yorkshire Oaks – and the Italian can see the comparison.

"Snowfall is a champion. We can say that the ground was testing and that the opposition was average in the Oaks, but she won by 16 lengths – a record," he said.

"She reminds me of Enable at the same age. I have ridden Snowfall just the once and the impression was amazing.

"At the Curragh she didn't have to force her talent and, in the Yorkshire Oaks, she trotted up. It's difficult to pinpoint her limits as she has won so easily each time.

"She had no problem in adapting to Epsom's contours, so I think that ParisLongchamp won't be a problem for her either."

Of Snowfall, the Ballydoyle handler said: "Everything has gone well with Snowfall.

"We were delighted with her the last day at York and everything since then has gone well.

"The plan was, if she came out of that race well, to go for this race and it all seems fine at the moment."

British hopes are carried by Roger Varian's Teona, who was behind Snowfall in York's Musidora Stakes and at Epsom, but has since returned to winning ways at Windsor.

The Prix Vermeille is one of three Arc trials on the card, with O'Brien represented by Bolshoi Ballet in the Prix Niel and Broome in the Prix Foy.

Bolshoi Ballet was a beaten favourite in the Derby at Epsom earlier in the year and has subsequently run twice in America – winning the Belmont Derby but finishing only fourth in the Saratoga equivalent.

"I thought Bolshoi Ballet ran very well at Saratoga, they went very fast for the first couple of furlongs but he ran a solid race. He'd won over 10 furlongs the time before and it was just a little shorter," said O'Brien.

With a career-ending injury suffered on Friday morning ruling David Menuisier's star filly Wonderful Tonight out of the Prix Foy, the biggest threat to Broome appears to be Jerome Reynier's Skalleti.

Runner-up to Addeybb in last year's Champion Stakes at Ascot, the six-year-old is unbeaten in four starts this year and tests the water over a mile and a half for the first time this weekend.

Reynier said: "It will open up some more options if he does stay a mile and a half. The Champion Stakes is definitely his main target this year, but we could be thinking of the Sheema Classic in Dubai with him next year if he's happy with this trip.

"His full-brother Skazino is turning into a really good stayer, so we think our horse should be staying a mile and a half, especially when his running style means he can relax out the back.

"We're quite hopeful. He needs a prep run before the Champion Stakes and rather than running in the Prix Dollar two weeks before this year, the plan is that he will go straight to Ascot after this." 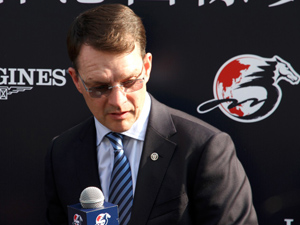