Breeders’ Cup Turf runner-up Broome will have his next start in the Japan Cup as one of three European runners in the nation’s joint-richest race.

Invitations have been accepted on behalf of both Broome and Aidan O'Brien-trained stablemate Japan to run in the ¥648 million (£4.25m) contest in Tokyo on November 28. The end-of-season Arima Kinen, known colloquially as the grand prix, is worth the same amount.

Grand Glory, winner of G1 Prix Jean Romanet for trainer Gianluca Bietolini who was beaten a nose in the Prix de l'Opera, will represent France in the 1m4f race. She is due to be offered for sale at Arqana on December 4.

Broome ran the best race of his career at Del Mar where he was caught late by Godolphin's Yibir in going down by half a length.

The 2019 Juddmonte International winner Japan, who like Broome is jointly-owned by Masaaki Matsushima with the Coolmore partners, finished fourth in the Turf after not enjoying the clearest of runs.

All three horses are scheduled to arrive in Japan on November 19 ahead of a race in which Contrail, last year's Japanese Triple Crown winner who finished second to Almond Eye in the race 12 months ago, will be among the home team. The prize has not been won by an overseas challenger since the Luca Cumani-trained Alkaseed triumphed in 2005.

Ryan Moore is expected to ride one of the two O'Brien horses with trainer Yasutoshi Ikee having announced the jockey will ride Matsushima-owned three-year-old Man In The Mirror during his visit. 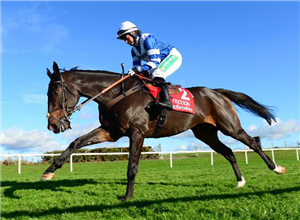