Sandbeck worth following at Ripon

Sandbeck can make it three wins in four career starts when she lines up in the British EBF Premier Fillies’ Handicap at Ripon.

This Ardad filly showed a great attitude to win her racecourse bow at Carlisle in September, with her then trainer Tim Fitzgerald opting for a swift hike in class for her next run at York.

Sent off a 28-1 shot for the Listed Rockingham Stakes, Sandbeck ran as her price suggested, finishing a well-beaten eighth of 12 on easy ground that perhaps did not help her cause either.

Transferred to Ed Bethell over the winter, Sandbeck made a fine handicap debut off a mark of 75 at Nottingham last month, prevailing by a head in what was a competitive five-furlong affair.

The handicapper clearly took a positive view as he hiked Sandbeck's mark to 81, but the third has since come out and won to give the form a boost.

Moving back up to six furlongs should not be an issue and it will be disappointing if Sandbeck is not in the mix.

Franz let down his supporters last time but is worth another chance in the Goodbyeflys Ripon Racecourse Stable Staff Championships Handicap.

He beat subsequent winner Mandobi on his only juvenile start at the backend of last term, so it was no surprise to him sent off favourite on his Haydock return last month.

However, he did not help himself at all on Merseyside, running around a bit once in front and eventually being beaten just under four lengths by a more professional type in Nicholas George.

That outing should have proved a valuable learning experience and if Franz can apply that knowledge, he can strike gold again for Kevin Ryan.

Gulmarg was firmly put in his place first time out, but a better result is anticipated in the Hammond Associates Celebrates Yorkshire Spoon's 30 Years Novice Stakes.

Yahsat was five lengths too good at Pontefract, but given she had the benefit of a previous run, Gulmarg's effort can be marked up a little.

Both the third and fourth, Jm Jungle and Ramazan, have won since while the winner has been tried in Listed company, so it could be Gulmarg is a bit smarter than his current form.

The William Haggas-trained Holocene is an eyecatching newcomer in the Titanium Racing Club Maiden Fillies' Stakes.

A daughter of Ulysses out of Group one-placed mare Heaven Sent, Holocene is bred to be decent.

Give Me A Cuddle can make a perfect start over obstacles in the Riverside Stratford Restaurant Open To All Maiden Hurdle at Stratford.

Three bumper starts finally resulted in a win at Huntingdon where better ground certainly seemed to suit as he held all challengers at bay.

Donya can score at the first time of asking over obstacles in the Allen Vs Ford Novices' Selling Hurdle.

A 52-rated performer on the Flat, she is no superstar but was on the mark on the all-weather earlier in the year.

An informative afternoon is in prospect at Naas with Straight Answer backed to take a starring role in the Goffs Lacken Stakes.

He was beaten a length by the reopposing New York City on his return last month, with that rival having had the benefit of a prep run.

Straight Answer should be fitter this time though and only needs to find a length. 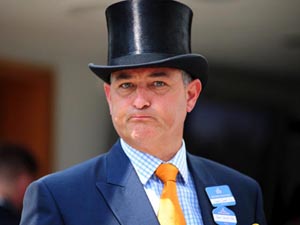