One of the oldest and most renowned events in the world, horse racing’s triple crown is a highlight for thoroughbred fans each and every year.

Photo by Mídia from Pexels

While racing is made purely for sports, a large part of its economic importance is somehow related to gambling. There is a lot of great horse racing in the world including the well-known Triple Crown of Thoroughbred Racing, mostly known as Triple Crown, a championship horse racing attributed to a three-year-old in America.

To be elevated to the Triple Crown, contenders must first win in a single season three of its jewels namely the Kentucky Derby, Preakness Stakes & the Belmont Stakes.

Despite the event being an incredibly difficult one to win, some legends are willing to stand out among the crowd and grabbed the once-in-a-lifetime chance of claiming the coveted title, the triple crown champions.

The Run for the Roses

Triple Crown of Thoroughbred Racing’s first race, mostly known as Kentucky Derby is held every first Saturday in May every year at the Churchill Downs, Louisville, Kentucky where contenders race through the field of dirt with a distance of 1 ¼ mile (10 furlongs) or 2000m.

The long history of the Kentucky Derby began in 1872, when William Clark’s grandson, Meriwether Lewis Clark, traveled to Europe. He attended the Epsom Derby in England in which he was inspired by, and upon his return, he was inspired to create a spectacular horse racing event. John & Henry Churchill, his uncles, gave him the land needed to develop a racetrack.

In 2019 the Kentucky Derby is celebrating its 145th year in the racing industry. It will take place at Churchill Downs, Louisville, Kentucky on May 4, 2019.

The Run for the Black-Eyed Susans

Commonly known as the “Preakness Stakes” it’s the second leg of the Triple Crown of Thoroughbred racing. It is celebrated every third Saturday of May yearly at Pimlico Race Course in Baltimore, Maryland. The track’s distance is 1 3/16 miles or 1,900 meters and is the shortest among the Triple Crown races.

It was established in the year 1873 and named after the horse Preakness who won the Dinner Party Stakes in 1870, the opening year. A blanket of yellow flowers which resemble the state flower of Maryland - the black-eyed Susans - is placed across the winning horse; thus the term “Run for the Black Eyed Susans.” The first Preakness took place with seven horses fighting in winnings for just over $ 2,000, and the winner, Survivor, raced by ten lengths.

Here’s to looking forward to the 2019 Preakness Stakes which will take place at the Pimlico Race Course in Baltimore, Maryland on May 18.

The Test of the Champion

With just a few more weeks to sleep, the Belmont Stakes 2019 will eventually begin on June 8, 2019. A lot of tough and best contenders, thus the name “Test of the Champion,” to look forward this year as it celebrates its 151st year in horse racing.

History runs steeply in the Belmont Stakes which is named after August Belmont, a financier who in New York politics and society made quite a name and fortune for himself. It was in the year 1867 that the Belmont Stakes first run the race at Jerome Park with a distance of a mile and five furlongs. Amid the definition of being the oldest race among the three, Belmont Stakes’ still known as the most famous and exciting race of this time.

The Triple Crown races; Kentucky Derby, Preakness Stakes & Belmont Stakes, is just one of the many horse racing events in the world. While there are many other sports present today, it is also a must to know the history behind and the chronicle of why did it start. 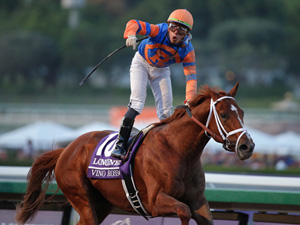