All set for Yoro

The weather is looking clement, the track is drying out and the York May meeting gets going on Wednesday.

The first Group race is the Duke of York G2 over 1200m and has a field of 10.  Invincible Army is said to be in great form and comes into this as a 5/2 favourite for James Tate and P J McDonald following a win in a Listed at Doncaster.  Yafta got blocked for a run at the last outing so is on 4/1 for Richard Hannon and Jim Crowley.  Kevin Ryan saddles Brando on 9/2 - they were second here last year and keen to go one better.  Tom Eaves has the ride.  And Limato is on 6/1 for Henry Candy and Harry Bentley.

The Musidor is G3 for the fillies and many of the 10 starters are hoping to make their way to the Oaks.  John Gosden has some nice fillies in his yard and he saddle two of these - Sparkle Roll on 5/2 with Oisin Murphy and Entitle, Enable's half sister, on 7/1.  It looks like Enable is a bit immature and this may be a chance to see if there is improvement to be found whereas Sparkle Roll looks ready to go.  Frankellina for William Haggas and James Doyle s on 11/3 and Sands Share is on 5/2. 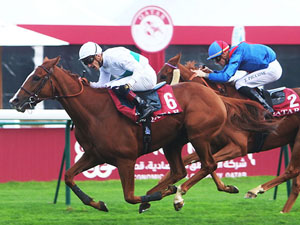