The annual festival of Irish racing on the beach takes places at Laytown on Wednesday.

They've been racing on the beach here since 1868 and many prominent jockeys and trainers participate.

There are 6 races on the card, one of which is sponsored by the Melbourne 10, the group of all-weather racing afficionados who after a birthday party decided to go to Las Vegas, Dubai and the Melbourne Cup all in a week.  They then started buying horses, with their first one being Boomerang Bob who unfortunately ended his days in a fall on the ice at St Moritz (we did say "all weather racing") and seriously injured jockey George Baker.

They have several runners including 3 in the second last over 1400m (races are generally over 1400m or 1600m) with Geological going for his 98th start in a race!  They've booked Lisa O'Neil for the rider on Florencio as she has a 3 wins from 4 starts record here.  She's on Commander Han in the last.

Apart from sponsoring a race and participating in many of them, they will also be hosting the After Party at the Village Hotel in Bettystown, known as a popular venue for weddings although we haven't heard of any taking place on Wednesday.

Laytown has become a cult venue and CNN did a feature on them last year and a Japanese film crew has been around this year. 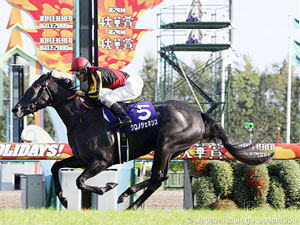 WhistleJacket News
Updated 3 days ago
Chrono Genesis back
We are off to the races in Doha
Interesting races in Meydan Thursday
He's Back!
Some more Kentucky Points winners
Ups and downs of Saturday's jumps
Kyoto Kinen G2
Two G1s at Sha Tin on Sunday
More Kentucky points around
Magic Lily's magic