Lys Gracieux Japan's Horse of the Year for 2019

A Cox Plate win abroad and an Arima Kinen win at home ensured that Lys Gracieux got 271 out of 274 votes for the Horse of the Year and best older filly or mare awards.

For the humans trainer Takayuki Yasuda trained 64 winners and jockey Christophe Lemaire rode 164 winners who netted prize money of 3,547,239,000 yen which is a lot of money however you translate it! 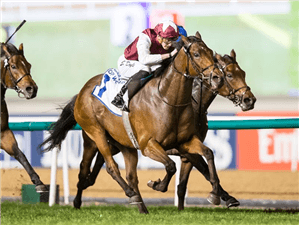