Saturday's Gr 2 races saw the predicted repeat wins by the favourite in both cases.

Altior won the Game Spirit for the third time and is now favourite for the Champion Chase but he's probably got a bit to prove if he wants to justify the position as he wasn't all that convincing on Saturday.  There wasn't really much competition on Saturday which was probably just as well.  Sceau Royal was second and Dynamite Dollars a neck away in third.

Native River got his third Denman which a convincing performance with Tizzard happy to head to the Gold Cup.  Secret Investor was second, Might Bite third and A Toi Phil fourth but the winner was in a different class. 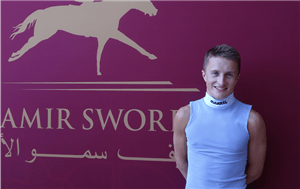