Magical Spirit started at 18/1 and finished ahead of Admiralty who was on 9/1.  With two generously priced runners in second and third – I Am A Dreamer 25/1 and Northernpowerhouse 33/1- those who got the first four would be very happy.

The Gold Cup went to the favourite Nahaar and gave jockey Tom Marquand a nice segue to his win in the St Leger as this double hasn't been won for 101 years!  Spanish City was second on 22/1 and Mr Lupton third.

It was also part of a treble on the day for William Haggas and Marquand as they also guided Addeybb to victory in the Listed race.  Addeybb of course won two G1s in Australia earlier in the year and then ran second at Ascot in the Prince of Wales also G1. 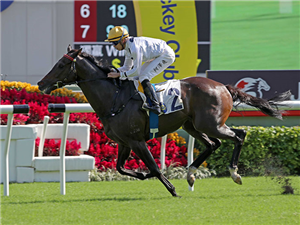