A stunning card of 9 Grade 1 races on a mixture of turf and dirt tracks.

It starts off with the F&M Sprint for 3y+ over 1400m with 9 runners.  Favourite is Bab Baffert's Gamine.  She's favourite on 7/5 and there is no doubt she is hugely talented but she has twice been found to be in breach of the medication regulations.  Baffert has come out with a "mea culpa" but is it good enough?  Anyhow we can be sure the stewards will be watching her like a hawk.  Serengetti Empress is on 3/1 and if you like Speech she's 6/1 in the US and 14/1 in the UK.

The Turf Sprint is over 1100m turf and has a full field of 14 and 4 emergencies.  Not much difference in the market between Got Stormy 7/2, Imprimus 4/1 and Leinster on the same quote.  Equilateral is one of the emergencies – Hills and Dettori – and 30/1 with a run.

Pingxiang who has been switched to the dirt and won at Nagoya before shipping.  He's the emergency but could be worth following if he gets a run.

The Sprint is over 1200m and is quite open.  Vekoma is 3/1 and Yaupon and CZ Rocket are on 7/2.  The second of the Japanese raiders is here – Jasper Prince.  He won at Chukyo in September and then ran last at Tokyo in October before shipping.  He's on 30/1.

The Turf Mile sees Ivar trying to become the first Brazilian horse to win a Breeders' Cup race. Paulo Lobo has booked Joe Talamo for the ride and they are on 4/1.  Uni is 5/1 and Andrew Balding's raider Kameko is 6/1 – this may be his last run as retirement looms .  Oisin Murphy has the ride.  One Master was to have run in this but she had some problems on arrival and she is also heading straight to retirement.

The Distaff has all the makings of a super race and on paper looks to be a battle between Monomy Girl 8/5 and Swiss Skydiver 2/1.   Horologist looks to be the next best on 8/1. 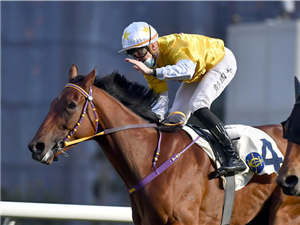