The Tenno Sho started off in Hanshin then moved to Kyoto but is back at Hanshin as Kyoto is undergoing alterations.

This will be the 82nd running of the race which is the longest G1 in Japan being over 3200m which is the same distance as the Melbourne Cup.  There are 17 runners with 2 female horses although it is 68 years since one of that sex won.

The female entries are not without a chance either – the mare Curren Bouquetd'or has been so unlucky and accumulated 7 second placings.  She's on 10.2.  And the filly Win Marilyn (by Screen Hero) was second in the Oaks and won the G2 Nikkei Sho against the boys and we think her price of 20.6 makes her very backable.

Deep Bond, by Deep Impact, won the Hanshin Daishoten which is over 3000m by 5 lengths so is on top here on 4.1.  World Premier will be ridden by Fukunaga for the first time.  He's lightly raced and won the Japanese St Leger in 2019 and has a quote of 4.8.  The one we like is Aristoteles, the mount of Christophe Lemaire, and he's on 5.3.  Ignore his last run- he's better than that!  Diastima is another Deep Impact product who is a bit of an unknown quantity.  He's being kept safe on 6.7. 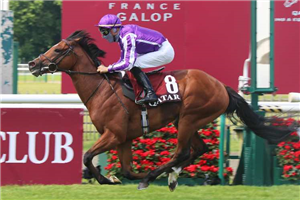