Navarro has change-of-plea hearing on 11 August.

Trainer Jason Servis was also indicted on a similar charge along with some 20 other people many of whom have now had their pleas changed to guilty or are awaiting change-of-plea hearings.

The matter is before the Southern District of New York court.  The earlier hearings in the case were all delayed due to Covid 19 restrictions.

Meanwhile racing continues with Saratoga and Del Mar both in action over the weekend.  At Saratoga there was an upset in the Vanderbilt when Lexitonian on 34/1 got the win over Special Reserve and Whitmore.

The Jim Dandy went much more to plan and Essential Quality won but not as easily as should have been accepted with Keepmeinmind 9/1 second.

The Bowling Green saw Cross Border salute in a repeat of his win last year, this time with Rockemporer second and Shamrocket third on 12/1.

Saturday at Del Mar was the Bing Crosby which went to the promising 3yo Dr Schivel who was able to capitalise on his weight allowance when taking on the big boys.  Eight Rings 16/1 was second and CZ Rocket third. 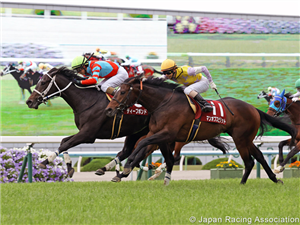