At Ascot and Haydock for the top cards of the day

At Ascot Remastered won the Reynoldstown Novices' Chase over Demachine and Kalooki, with favourite Serarano pulled up in the 6 horse race.

Cyrname put in another shocker in the Ascot Chase which went to Dashel Drashel 4/1 from Master Tommytucker.

Up north at Haydock Third Wind won the Rendlesham from Lisnager Oscar and On The Blind Side as Itchy Feet disappointed.

The Grand National Trial went to Lord du Mesnil from Achille and The Two Amigos.  Not A Chance and Sojourn were both pulled up.

The Albert Bartlett went to our pick Alaphilippe who would have been competitive against his namesake.  Mr Harp was second and Tupelo Mississippi third ahead of favourite Mint Condition.  Young Buck was pulled up. 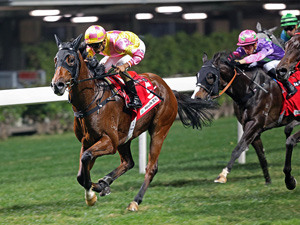