Where To Now For Nature Strip?

Few horses have polarised public opinion as much as Nature Strip, you either find yourself in #TeamSuperstar or #TeamSquib.

No question it was a win for #TeamSuperstar on the weekend after Nature Strip spaced his rivals on debut for the Chris Waller stable.

In 13 starts he has notched up nine wins, five trainers and returned a new career peak, now rated 123 by Timeform.

With such an imposing record, it is not likely a question of 'if' Nature Strip will win a Group 1, but more so of 'when'.

The decision to run on Saturday ruled out a tilt at this Saturday's Group 1 Lightning Stakes [1000m], with the Oakleigh Plate now the expected path.

However is this the right decision?

A lot of the time in racing, we find ourselves jumping at shadows, making determinations out of what is more likely just noise.

Tom Melbourne never wins, until he finds himself in a very winnable race. How could you back ex-Darren Weir horses, until they win three of the nine races on C.F. Orr Stakes Day.

So while you don't want to read too much into what could be just coincidence/variance, there does appear a glaring pattern in Nature Strip's form profile - a pattern that hints at two versions of Nature Strip. A Jekyll and a Hyde. A hot and a cold.

Nature Strip has still managed to win twice among those cold runs, however his ratings have declined, with his four best wins coming off 54 days, 49 days, 42 days and 134 days between runs.

His declines (cold runs) have been 8, 0, 6 and 17lbs - on average a near 8lbs drop. That hardly fills us with confidence going towards the Oakleigh Plate in just two weeks.

Without question he is fast enough to win an Oakleigh Plate and is clearly the horse to beat on Saturday's effort, however it can be suggested that he is likely to come off that performance and not run up to his peak.

The Group 1 Newmarket [1200m] would leave Nature Strip with four weeks between runs, a more pattern pleasing target, better yet the Group 1 Galaxy [1100m] is a further two weeks away (42 days) - the perceived sweet spot.

While the Mexicans won't want to hear it, Nature Strip is now Sydney's own and a Group 1 handicap on his home track, over 1100m looks very very tempting. 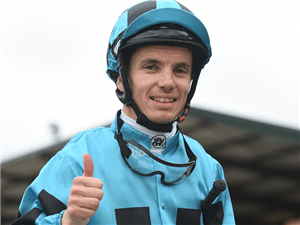 News Article
Updated an hour ago
Tim Clark to ride Diamond favourite
Facts and figures on the G1 Oakleigh Plate
Ellerton and Zahra with more Plate chances
Vow And Declare on track for autumn return
Dylan Caboche returns with winner at Sale
Westport out to bounce back at Caulfield
Ryan colts to make their presence felt
Futurity Stakes: What you need to know
All-Star line-up chase a start in Futurity
Clean slate for Mustajeer after Cups bid